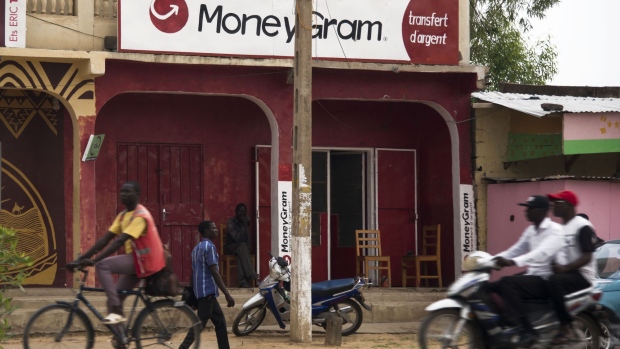 (Bloomberg) -- MoneyGram International Inc. is partnering with a non-profit that oversees a public blockchain to use its technology to speed up money transfers and payments settlements.

The deal will give Stellar wallet holders access to physical locations to convert USD Coins to cash and vice versa, Stellar Development’s Chief Executive Officer Denelle Dixon said in an interview. That means it effectively brings the blockchain into the non-digital world.

The partnership also changes the settlement process for MoneyGram, by enabling settlements to happen in near-real time using the USD Coin, according to MoneyGram CEO Alex Holmes.

MoneyGram shares closed down 0.9% at $7.69 in New York on Wednesday, giving the company a market value of about $704 million.

Dallas-based MoneyGram is one of the largest money-transfer providers, enabling people to send money across more than 200 countries and territories, according to its most recent annual report. Based in San Francisco, Stellar oversees a network for facilitating cross-border payments.

Founded in 2014, the company is a non-profit that supports the Stellar network, an open-source platform that helps people and companies move money around the world and in different currencies using blockchain, the digital-ledger that underpins cryptocurrencies.

Bloomberg News reported in July that MoneyGram had drawn takeover interest from Stellar Development and Advent International. Stellar and MoneyGram declined to comment on any merger discussions.