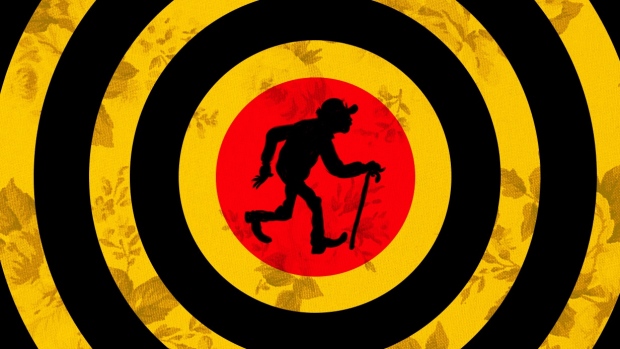 Financial elder abuse can take many forms, from bullying and manipulating elder relatives to downright theft. Here are some steps you and your family can take to prevent it.

Elder abuse involving money is an increasing concern as seniors are often the targets of fraud, manipulation and out-and-out theft. Crimes against the elderly and vulnerable are headline-grabbing and organized telephone or internet fraud also gets media attention. But there are cases where the abuse is harder to determine, such as when relatives scheme or bully their elders out of their money and assets or when seniors get taken by scammers who use high-pressure tactics to swindle their money.

4.5%: The percentage of Canadian seniors who may suffer from some form of elder abuse.

Domenic Tagliola, a tax and estate planner at TD Wealth, believes that elder abuse does not get the attention it deserves, possibly because it is underreported to police. “People tend not to report internet fraud or scams, mostly because they are embarrassed.”

He says there are steps to take to minimize the opportunities where our elders can be cheated. Seniors can become more aware of the methods of online hackers and telephone scammers. Legal arrangements can be made between responsible adult children and a parent to help prevent elder abuse, Tagliola says.

It is estimated that about 4.5% of Canadian seniors may suffer from some form of abuse. While that may seem small, the actual number of instances of elder abuse could be higher as many seniors often decide not to inform the police. Studies on crime against the elderly note the reluctance of this age group to report abuse, and these studies also note that the victims of financial crimes are often more likely to report a crime to a bank or credit card company. Although there are no Canadian statistics, it is estimated that financial abuse by itself costs older Americans over $2.6 billion annually.

As well, people whose mental or physical faculties are declining may be most at risk. Research in the U.S. suggests that seniors who need help with their finances suffer twice the economic losses than those without such incapacities.

While definitions differ, someone in a position of authority or care that intentionally takes advantage of a person’s age can be regarded as a perpetrator of elder abuse.

Elder abuse can be broken down into several categories such as neglect, psychological or emotional mistreatment, or financial abuse. If a senior is not able to care for themselves, neglect on the part of a caregiver could be malnutrition, wrong clothing in winter, lack of medical care or poor hygiene. Psychological or emotional abuse could include a lack of appropriate attention to the senior’s emotional needs, cutting them off from friends and family, or not allowing them to leave the home.

Financial abuse often involves accessing or acquiring a senior’s funds or assets criminally or fraudulently. This can be as blatant as stealing money from an unattended purse. But it also could be as subtle as an adult child unnecessarily convincing a parent that they need to sell their home and then using the funds personally.

Seniors are also a greater target for online and telephone fraudsters because criminals believe they are more easily manipulated.

“Fraudsters tend to be able to take advantage of the elderly because they can be taken advantage of,” Tagliola says.

“What we try and tell the elderly is, don’t carry your social insurance number, keep your PIN number very safe, and regularly check your bank accounts and financial statements to ensure you’re not a victim of any of these crimes,” Tagliola says.

Tagliola says there are a number of scams where fraudsters call vulnerable people claiming to be a relative in an emergency needing money. He says that the shock of being told a nephew, for instance, is in an accident and needs $500 wired right away can be enough to separate cash from the unsuspecting senior.

“People tend not to report internet fraud or scams, mostly because they are embarrassed.”

Then there are the calls or emails claiming to be from the Canadian Revenue Agency (CRA) reporting that someone, often a recently deceased spouse, owes the CRA money. This is a high pressure scare tactic used against a surviving spouse.

“There is no CRA representative that will ever demand funds immediately and urgently over the telephone or email,” Tagliola says.

To combat these scams, the CRA has published a web page that stipulates what activities it is not involved in. The CRA advises that if anyone has doubts, they can call the CRA and confirm what their status is.

Seniors have to exercise caution with high-pressure sales tactics, Tagliola says. For instance, there are utility vendors who sell door-to-door or telemarketers who call at all hours.

Tagliola says there should always be the opportunity and time to think through the sale or offer from a salesperson and perhaps ask a relative or friend for advice.

“If you’re being pressured to buy something, just remember, if it is a good sale today, it has to be good tomorrow. Take some time to think about it. High pressure sales may not be fraudulent but the vendors are probably not looking out for your best interests,” says Tagliola.

"Fraudsters tend to be able to take advantage of the elderly because they can be taken advantage of.”

He also says under the Consumer Protection Act in Ontario, there is a short cooling off period where you have the opportunity to cancel a contract and get your money back in certain circumstances. Seniors who may be susceptible to being pressured into purchases should familiarize themselves with these rights.

Much more insidious is the problem of relatives and even children taking advantage of their parents. It could be fraudulent, such as improperly cashing an Old Age Security cheque without permission or prior agreement. Or it could include intimidating a parent into giving over money. If the adult child and parent share accommodations, it could include not paying rent or not participating in the care of the parent. It can also include pushing a senior into giving up assets or changing their will, or improperly using a Power of Attorney to their own benefit, not the senior’s.

Many people may actually think they are working on behalf of their parent’s best interests but, if the senior has the capacity to decide for themselves, not allowing them to make their own choices can be a form of abuse.

“High pressure sales may not be fraudulent but the vendors are probably not looking out for your best interests.”

Tagliola says situations become more complicated as people age and their memories and intellectual faculties fade. It may be difficult for a parent to really know what is in their best interest and it may actually be difficult for their adult children to know if their parents are making cogent and good decisions.

Problems can also arise where a senior has remarried late in life and there has been a ‘co-mingling’ of assets. ‘December marriages’ are becoming common. Unfortunately these marriages may give opportunity to those seeking to take advantage of a senior during a time of vulnerability.9

Seniors and their friends and family should regularly keep track of accounts, cheques and credit ratings. If something untoward is happening, this may be the most effective plan to catch it quickly.

One of the best methods of defending against theft and fraud is for seniors to have a wide support group of family, friends, financial advisors and healthcare workers who can spot, help, advise and intervene if problems come up. A senior who relies on only one person for aid is vulnerable if that person is not honest or not always available, or has the ability to act without the oversight of others.

Tagliola says some of these problems can be mitigated to a certain extent with a Power of Attorney for Property, a legal instrument that allows whomever a senior names to take control of bank accounts and other financial assets, if the senor is unable to for any reason. The role of the person or people appointed to act as the Attorney is to work in the senior’s best interest.

Another form of Power of Attorney is for Personal Care, which would entrust the Attorney to carry out a senior’s personal wishes such as choosing home care over institutional care if he or she became incapacitated, decisions over palliative care and their intentions in situations involving resuscitation. This responsibility is usually held by a relative.

If a senior or their support group has questions about fraud protection, financial and legal advisors can discuss some of the benefits of a Power of Attorney and other methods of protection.

“They would work together with the family member because they have the time, expertise and are available just as a safety measure in case anything like that can come up.”