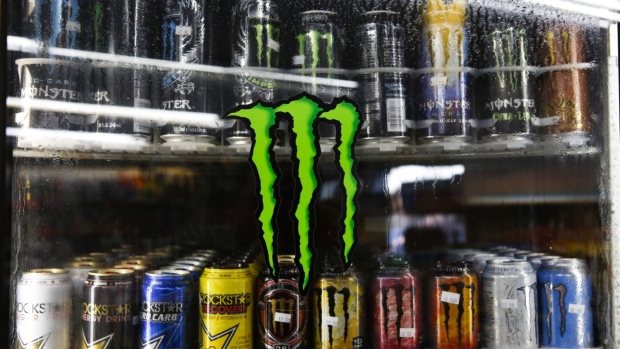 Monster Beverage Corp., the maker of energy drinks, is exploring a combination with Corona brewer Constellation Brands Inc., according to people familiar with the matter.

Monster Beverage, which has Coca-Cola Co. as a major shareholder, has discussed a potential deal with advisers, said the people, who asked not to be identified because deliberations are private.

Considerations may not lead to a transaction between Monster Beverage, which has a market value of US$48 billion, and Constellation Brands, which is worth US$44 billion. The exact structure of a potential tie-up couldn’t be immediately learned and it’s unclear whether discussions will lead to a full merger or asset deal.

Any transaction with Constellation would require the support of the Sands family, which has built the company into a global beverages player, the people said. A spokesperson for Constellation Brands declined to comment, and a representative for Monster Beverage couldn’t be immediately reached for comment.

“I see such a transaction, if effected, as jeopardizing Monster’s exclusive distribution agreement with Coca-Cola, which could derail its international growth ambitions,” Shea said.

“I see little synergy between these two companies, as regulators would not welcome drinks that combine caffeine and alcohol,” Shea added. “The products produced would have to leverage their respective brands but be mindful of the limitations with product formulations.”

Constellation Brands, which is based in Victor, New York, started as a wine producer in 1945. It now sells Corona Extra and Modelo Especial in the U.S. as well as Casa Noble Tequila, Svedka Vodka and High West Whiskey.

A deal between Constellation and Monster could be interesting for the category of cannabis-infused beverages. Monster was said to be considering CBD or hard seltzer categories, but there are concerns that could tarnish the company’s image.

Constellation has a stake of almost 40 per cent in in Canopy Growth, a Canadian marijuana company. Canopy sells drinks with THC in Canada, and aims to sell them in the U.S. if marijuana becomes federally legal.

If the talks are successful, it would be the latest beverage deal since Coca-Cola agreed to acquire the remaining stake that it doesn’t own in sports-drink brand BodyArmor for US$5.6 billion in cash earlier this month.

Other alcohol deals could be on the way. Private equity firm Sycamore Partners is also weighing a sale of Stag’s Leap Wine, potentially worth US$1 billion, Bloomberg News previously reported.

Sycamore purchased the brand as part of its acquisition of Ste. Michelle Wine Estates from Altria Group Inc. in a US$1.2 billion deal that closed in October.