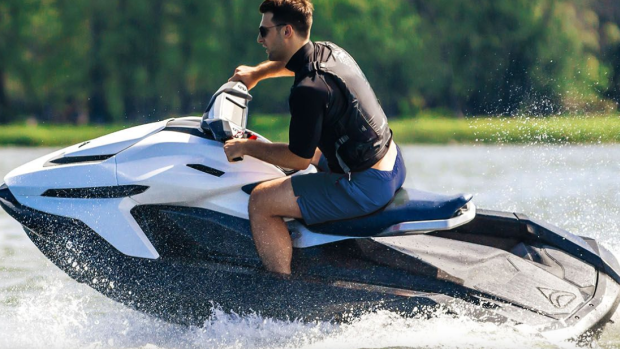 Electric jet-ski maker Taiga Motors plans to go public via a merger with a blank-check company sponsored by Canaccord Genuity Group Inc., taking advantage of investor demand for companies that can burnish their environmental credentials.

Montreal-based Taiga will have an implied market capitalization of about $537 million (US$422 million) after the combination with the Canaccord Genuity Growth II Corp. special purpose acquisition corporation, the companies said Wednesday. That valuation includes a $100 million private placement with investors including John Risley’s Northern Private Capital.

Taiga Motors, founded in 2015, makes electric recreational vehicles including Orca jet skis and Ekko Mountain snowmobiles that are meant to reduce the environmental impact and noise pollution of rival products that run on fossil fuels. The company last year reached a deal with ABB Ltd. that will allow Taiga to offer customers the Swiss company’s Terra wallbox charging stations.

The deal, which is expected to be completed in April, will give Taiga about $185 million in net cash proceeds to pursue its growth strategy.

The Canaccord SPAC raised $100 million in an initial public offering in April 2019. The company said at the time it would focus its search for target businesses in the cannabis sector, but that it wouldn’t limit itself to a particular industry or geographic region.