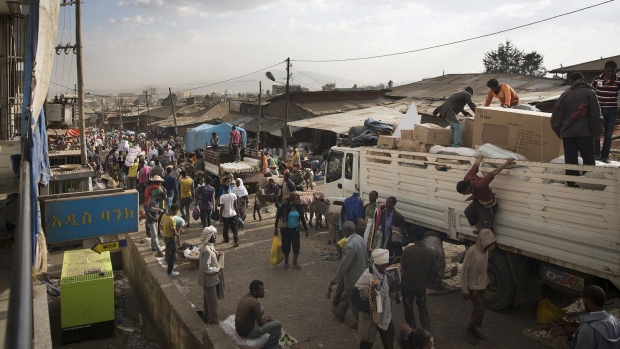 Moody’s Investors Service cut Ethiopia’s sovereign credit rating for a second time since May, citing a delay in the nation’s planned debt restructuring and an escalating civil war.

The company lowered the rating one level to Caa2, it said in a statement on Wednesday. Moody’s in March placed the country on review for downgrade, before cutting the rating two months later. The outlook is negative.

A creditor committee to discuss Ethiopia’s debt restructuring was formed in September, eight months after the government announced plans to reorganize its liabilities under a Group of 20 relief program. Meanwhile, a civil war in the nation has intensified, with Prime Minister Abiy Ahmed’s troops carrying out airstrikes this week on the capital of the dissident northern Tigray region.

“The negative outlook reflects heightened uncertainty regarding political risks” and the delay in debt resolution, Moody’s said in the statement. “Moody’s expects the creditor committee’s decision on what debt treatment to apply to take some time, during which period Ethiopia has no access to official and market-based external funding.”