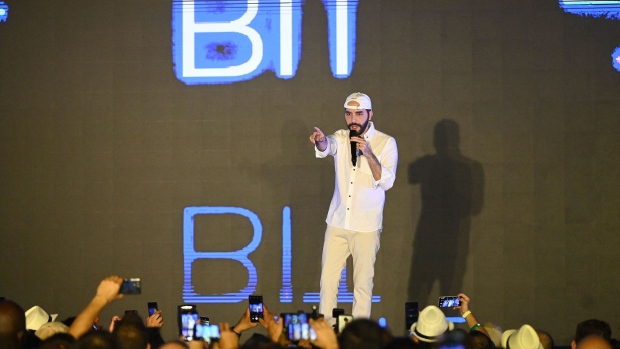 Bukele was responding to a financial website which said his Bitcoin trades had led Moody’s to cut the nation’s sovereign debt. El Salvador, the president said on Monday, “DGAF”, a popular expletive-laced abbreviation for not caring.

His comment mystified some El Salvador market watchers since the ratings downgrade that appeared to have fueled his anger didn’t, in fact, happen. Moody’s rates the Central American nation Caa1, implying very high credit risk, and has done since a downgrade in July.

Bukele’s government last year made Bitcoin legal tender alongside the dollar, and also announced the purchase of at least 1,391 Bitcoins with public funds, subjecting the country to the cryptocurrency’s extreme volatility. Moody’s estimates that the holdings are under water after Bitcoin’s recent price drop.

Although Moody’s hasn’t taken any recent rating action, its analyst Jaime Reusche told Bloomberg News last week that these holdings add risk to the sovereign credit outlook. Moody’s cited erratic policy making last year in its decision to downgrade the country to the same rating as Angola and Iraq.

The presidency and Investing.com, the agency to whose tweet Bukele was responding, didn’t immediately reply to written requests for comment.

El Salvador’s bonds were the worst performers in emerging markets in 2021 and extended declines on Tuesday. The nation’s overseas bonds maturing in 2050 fell to an all-time low of 53.6 cents.