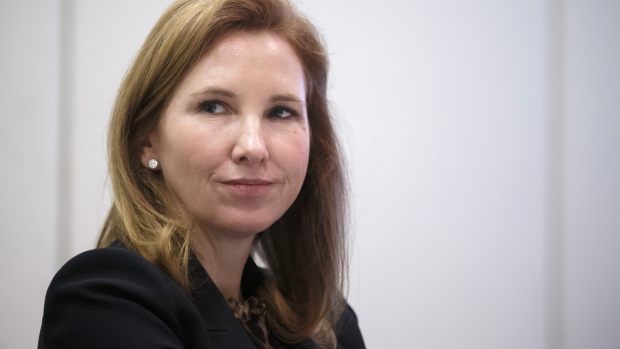 The push by mining companies to attract more women to their boardrooms may be short-sighted as top female candidates are diverted from senior executive jobs, according to the head of Lucara Diamond Corp.

“There’s such a push for diversity on boards, and young women are really being encouraged to opt out of their C-suite careers as young executives in favor of sitting on boards,” Chief Executive Officer Eira Thomas said.

“We’ve got to be very careful as leaders of public companies as to whether or not that’s really going to achieve the objective that we want long term,” she said in an interview with Bloomberg Commodities Edge.

Globally, mining companies continue to struggle to attract and retain women in an industry that typically demands long periods away from home, often in remote locations. When Thomas began her career in the 1990s, she couldn’t even find equipment her size. “It’s hard to look professional when your light belt is falling off your hips and you can’t walk properly in your oversized steel-toe boots.”

The materials industry lags all others in terms of women in the workforce, including management. Many companies don’t even supply a gender breakdown. Of those that do, only one in 20 are headed by women, according to data compiled by Bloomberg.

In addition to Thomas, who took over as CEO in February, Lucara has a female chief financial officer and vice president of corporate development and strategy.

Thomas also spoke about the industry’s increasing focus on technology, from blockchain, which will allow Lucara to sell diamonds individually rather than in batches, to technology that allows the recovery of much larger diamonds. Technology is also part of an increased focus on sustainability, which in turn helps attract more women.

Still, too many women are being lured away from executive career paths by the promise of greater schedule flexibility and similar compensation on boards, she said.

This poses a particular problem for smaller companies, which tend to be less strategic in creating career paths and more willing to sacrifice C-suite diversity in favor of getting high-potential women on the board.

While larger companies may have the edge, they still struggle to appoint women executives.

A case in point is copper giant Codelco, which has no females on its board or in top management. Only 5.4 percent of its senior administrators and less than 10 per cent of the total workforce are women. Chief Executive Officer Nelson Pizarro said it’s not for a lack of trying.

"The first thing the board told me when I got the job was that we needed a woman heading one of the mining divisions," he said in an interview in Santiago last week. "I interviewed three that had the right skills and none of them accepted."

Codelco is looking for women who can work at a management level and is also training its own female employees, an initiative that’s had mixed results. Pizarro, CEO since 2014, said appointing female managers is more difficult than finding women who want to work as truck drivers or machine operators on the mines.

"Female operators are very good, they’re more careful and better with their soft skills," he said. "They’re very good operators for four, six years until they feel the call of motherhood -- which is normal, and desirable -- but then it’s over."

Hiring more women doesn’t necessarily result in more inclusive and diverse organizations in the long run, said Susan Lomas, a 30-year exploration veteran and founder of the Me Too Mining Association in Canada. The culture needs to change if companies want female employees to stay.

"I see some companies saying all the right things on their website, but just not doing it and the message sounds hollow," Lomas said. "It’s not that women need special treatment, it’s recognizing that they are there and that they have different needs and requirements."

--With assistance from David Stringer and Alix Steel