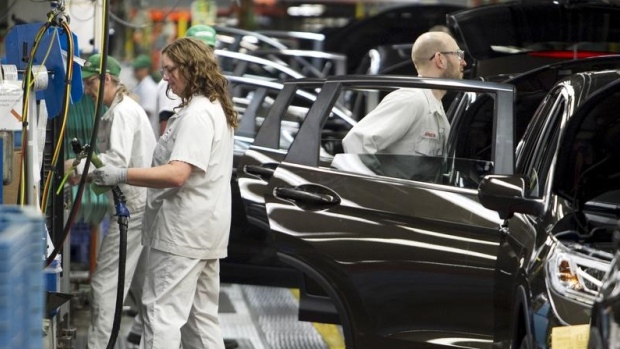 OTTAWA -- A greater number of Canadian firms expect to benefit from what they anticipate will be stronger post-election growth in the United States, a new Bank of Canada poll suggested Monday.

However, the central bank's latest business outlook survey also found when it came to exports many Canadian companies remained concerned about uncertainty linked to the possibility of new protectionist measures in the U.S.

The bank described the views of firms following the U.S. election as "divided."

The results of the poll, conducted between mid-November and early December, showed that given this uncertainty few firms had factored in the potential impacts from the outcome of the U.S. election into their sales outlooks.

WEIGH IN: What type of effect will Donald Trump’s presidency have on the Canadian economy?

Still, the bank said companies were optimistic about some potential moves by the incoming Trump administration.

"Some are optimistic about the prospect of increased infrastructure and military spending as well as changes to energy policies," said the report, which was created after bank officials interviewed senior managers from about 100 companies.

"Others are more pessimistic, often because of the risk of increased protectionism."

Overall, the bank said companies expected faster sales growth over the next 12 months, with considerable support anticipated from areas such as services sectors, housing-related activities and tourism.

The survey also found stronger investment intentions among firms for the coming year, especially in Central and Eastern Canada, as well as more-widespread hiring expectations in most sectors and regions.