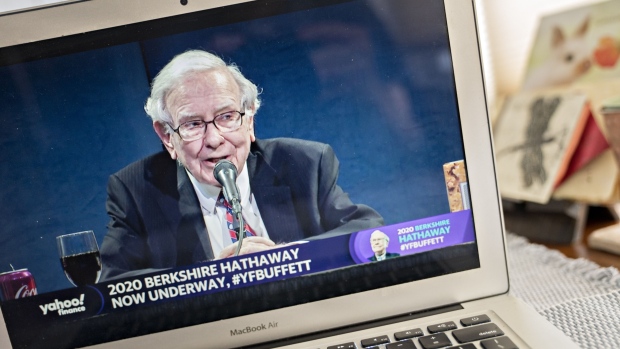 CALGARY -- Any shareholder who's ever endured hours of travel to attend a company's annual meeting is in for good news in the wake of the COVID-19 pandemic.

Experts say the success of AGMs taken virtual this year will likely translate into more options for online and teleconference participation at future events -- provided that some technical bugs can be ironed out and with the caveat that full shareholder participation is necessary.

Most corporations are required to meet once a year with their shareholders to deal with routine matters such as electing the board of directors, choosing an auditor and approving the minutes of the last meeting. There is typically a presentation on company accomplishments from the CEO, and shareholders usually have an opportunity to ask questions.

The pandemic's eruption at the start of AGM season this year forced many companies to cancel their in-person events and figure out how to use technology for a virus-free meeting.

The online migration was a scramble for most, as Canadian organizations have been much slower to adopt virtual meetings than their counterparts in the United States. Before this year, only a handful of Canadian companies had done so.

Nonetheless, most of the response to the virtual meetings has been positive, in part because shareholders recognize the unusual circumstances, said Kevin Thomas, CEO of the Shareholder Association for Research and Education (SHARE), a Canadian not-for-profit advisory firm that often helps sponsor minority shareholder proposals to be voted on at AGMs.

He added the virtual events lack some intangible benefits to attending a meeting in person, such as being able to have informal chats with directors, company executives and fellow shareholders.

"I think there are some bugs to work out. But the potential for online meetings, if they allow for full shareholder participation, is actually probably positive."

As of July 28, 583 AGMs had been held by companies listed on the Toronto Stock Exchange, according to figures compiled by Hansell LLP of Toronto, a corporate advisory law firm. That's down almost 22 per cent from the same time last year, as some companies took advantage of pandemic-related deadline extensions offered by regulators.

Hansell partner Susan Kushneryk said she expects more virtual AGMs will take place in the future for two reasons -- people may be hesitant to attend crowded events even if the pandemic is under control and the convenience of being able to dial in or catch a meeting online has now been well demonstrated.

"If you're invested in a company based in Calgary and you live in Kelowna (B.C.), now, if that company is having a virtual AGM, it may be you're able to attend for the first time since you've held those shares," she said.

"So there's a real benefit there."

Virtual AGMs in Canada and the U.S. were generally well operated and well-received by shareholders but there were also a few instances where technology failed or meeting organizers "turned off the mic" to stymie troublesome input, said Peter Kimball, head of North American advisory services for Maryland-based ISS Corporate Solutions.

"There are some high-profile examples of big companies' (AGMs) that either shareholders had difficulty getting in or they had difficulty finishing what they wanted to say," he said, adding investors remain "wary" of the use of the technology in future meetings.

In Canada, Hansell found 54 per cent of the meetings were virtual only, which means that shareholders could attend remotely by phone or computer but couldn't vote or ask questions in real time. Votes were collected ahead of the meeting.

About a quarter -- 26 per cent -- were traditional physical AGMs, where shareholders could vote ahead of time or attend in person to vote or ask a question.

Technology itself was a barrier at times, Kimball said.

Some meetings had to be rescheduled because of "plumbing issues," he said -- the company providing the service didn't have enough bandwidth to actually do the job, though that shortcoming likely could be addressed in future.

He added that activist shareholders who sponsor proposals on topics such as executive compensation or setting environmental targets are as split on the subject of remote meetings as the rest of the shareholders -- some love them and some hate them.

Toronto-based Barrick Gold Corp. has allowed investors to participate in person and remotely in its annual general meetings since 2018 but its AGM in early May had to be made virtual format only because of restrictions on large public gatherings.

It has vowed to return to its full hybrid meeting format next year.

"Our total meeting attendance actually went up in 2020 compared to our hybrid (physical and in-person) meeting in 2019," said spokeswoman Kathy du Plessis in an email, adding the feedback from shareholders has been positive.

"Excluding Barrick personnel, this year we had 152 attendees on the online portal compared to 100 in total in 2019, 42 people at the physical meeting and 58 people online."