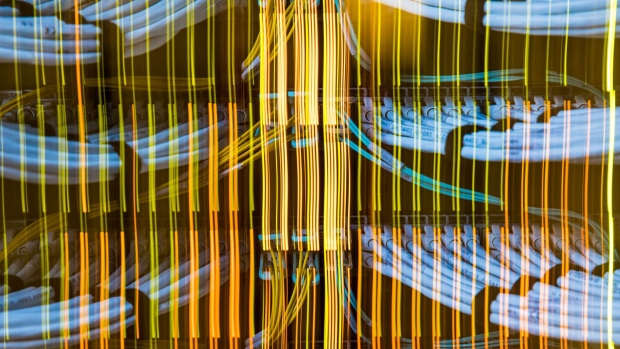 As special purpose acquisition companies come under growing scrutiny, one basic calculation that was off the mark for some of them is calling into question all other projections: the interest income the companies said they expected to earn on their cash.

At least nine SPACs, including some tied to billionaire William P. Foley II and Apollo Global Management, have indicated since April 2020 that they anticipated earning 1 per cent or more on the cash they raised before spending it on acquisitions. That’s roughly 10 times the average yield over the past year on Treasury bills, the ultra-safe securities where the money is typically parked -- either directly or via money-market funds -- while SPACs shop for a target.

As a result, the interest reported so far is only a fraction of what the SPACs initially told investors they expected, yet couldn’t guarantee. Pre-merger interest income is not likely a top priority for many caught up in the rush to capitalize on this once-euphoric corner of the market. Still, with the low levels of T-bill yields common knowledge, the assumptions raise questions about the accuracy of other projections made in the world of SPACs.

“Anyone tracking the Treasury market could have figured out that a 1 per cent rate was just not going to happen,” said Pratap Narayan Singh, who advises private-equity investors on SPACs for London-based Acuity Knowledge Partners. “Once you lose confidence in the interest-rate calculation, which is a basic thing, then you lose confidence in everything else.”

The issue risks adding to a growing list of problems piling up elsewhere in the world of SPACs -- everything from a crackdown by the Securities and Exchange Commission to lawsuits from shareholders, falling share prices, delays in planned listings and repeated stumbles over the same accounting error. Even Chamath Palihapitiya, founder and chief executive officer of Social Capital and one of the most prominent players in SPACs, believes more oversight and regulation is needed. Gary Gensler, the SEC’s new chairman, appears willing to go down that road. 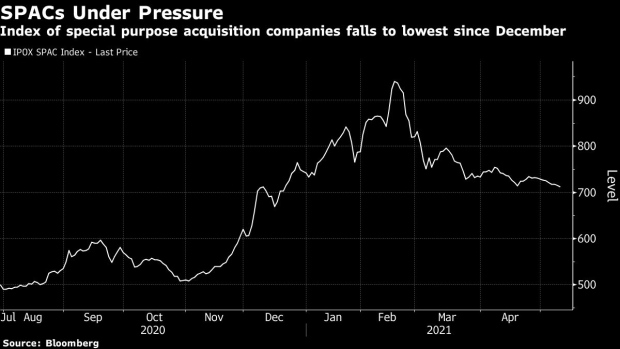 SPACs are obligated to invest initial public offering proceeds in risk-free instruments as they look for acquisition targets. While that includes money-market funds with Treasury obligations offering marginally higher yields, it often means buying securities in the front end of the Treasuries market -- one of the safest, interest-bearing places to be -- during the 18 to 24 months it could take to find and complete a merger.

The framework is meant to generate enough safe returns to mitigate potential costs from a failed deal and ensure that shareholders recoup the US$10 initial per-share price.

SPACs typically include language in their filings that they can make “no assurances” about the interest income they expect. And blank-check companies have some wiggle room to be optimistic with projections, said former attorney Yelena Dunaevsky, a New York-based transactional insurance broker with SPAC consulting firm Woodruff Sawyer. However, “they can’t be completely incorrect about what funds invested in U.S. government obligations would be earning,” she said.

A company’s management, lawyers, accountants and bankers are responsible for “scrubbing” the disclosures before they’re filed with the SEC, according to Dunaevsky. So “a claim could be made, at some point, that someone should have spotted this and, as a matter of good corporate practice and a desire to be transparent, they should have gone forward and corrected it.”

Of the SPACs with lofty rate assumptions, two of the biggest -- Foley Trasimene Acquisition Corp. I and Trebia Acquisition Corp. -- are tied to billionaire Foley, the majority owner of the Vegas Golden Knights hockey team who is regarded as a respected star of the SPAC world. Foley is co-founder of Trebia, which raised over US$500 million last June, and the founder of Foley Trasimene I, the blank-check company that agreed to a US$7.3 billion merger with Blackstone Group Inc.’s Alight Solutions in January. That deal is scheduled to close by June 30.

Foley Trasimene I and Trebia were the biggest of seven known SPACs that filed 1 per cent-or-higher rate assumptions in 2020 disclosures after short-term rates had already started plummeting as the COVID-19 pandemic began spreading in March. The next largest were East Resources Acquisition Co. and the Apollo-affiliated Spartan Acquisition Corp. II. Spartan Acquisition II reached a deal this January that gives Sunlight Financial LLC an implied equity value of about US$1.3 billion. That deal is also expected to close in June.

When all four of those SPACs released 1 per cent assumptions between May and November of 2020, rates on T-bills maturing in one to six months were hovering around an average of 0.09 per cent to 0.1 per cent, respectively. At the time, a buildup of cash in the system from Federal Reserve asset purchases, plus the beginning of Treasury’s efforts to suck bill supply out of the market, made it likely that rates would keep falling. And they did, dropping below even the conservative 0.5 per cent to 0.1 per cent range of estimates that prevailed among many SPACs last year. Three- and six-month bill yields closed at 0.01 per cent and 0.03 per cent, respectively, on Wednesday. 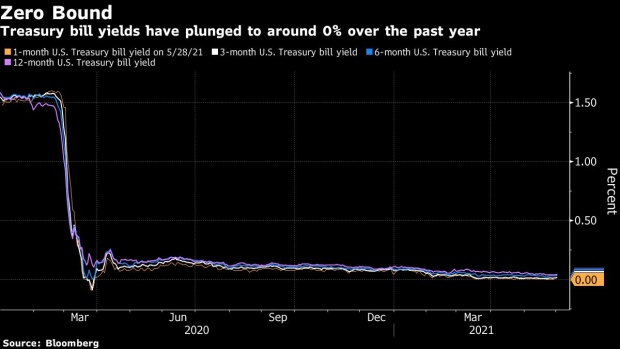 William Foley didn’t respond to a request for comment. Shannon Devine, a spokeswoman for Foley Trasimene I, said the estimate was based on “clearly stated” assumptions, “as was the statement of no assurances,” and interest income doesn’t affect a shareholder’s ability to redeem shares for US$10 each in cash. The interest earned is updated quarterly, and a portion of it has been earmarked to pay off the SPAC’s taxes.

Foley Trasimene I earned US$985,318 through March 31, while New York-based Spartan II took in about US$80,000 -- versus the US$7.5 million and US$2.5 million they originally projected, respectively.

As T-bill rates trended around 0.2 per cent or lower starting in January of this year, two more SPACs delivered assumptions that they, too, would earn millions in interest: Spartan Acquisition Corp. III, another Apollo-affiliated SPAC, and Category Leader Partner Corp. I, which both assumed a 1 per cent rate.

“Our filings make clear that no assurances are made about the amounts to be earned on trust cash,” a spokesperson for Apollo said in a statement. “Estimates are illustrative based on historically observed rates and in all cases have represented less than one half of one percent of transaction equity capitalization.”

Category Leader officials didn’t respond to requests for comment. Spokespeople for Bank of America Corp., Barclays Plc, Citigroup Inc., Credit Suisse Group AG and Wells Fargo & Co., which served as underwriters for a number of the SPACs, declined to comment.

It’s not just the lofty assumptions from these nine SPACs that stand out: Some other companies offered separate, contradicting estimates in a single filing this year. Fintech Ecosystem Development Corp.’s disclosure, for example, included both a 0.2 per cent rate and US$20,000 annual interest estimate, as well as a 1 per cent rate that would earn around US$1.5 million per year. The “inconsistency” Bloomberg found in Fintech’s preliminary prospectus, filed on May 7, will be “remedied” at a later date, according to Stephen Fraidin, a lawyer for the Collegeville, Pennsylvania-based company.

While shareholders are largely focused on the huge payoff that a successful IPO and acquisition can bring, some also pay attention to the finer pre-merger details, which could make or break their faith in a SPAC’s management team.

One set of bad numbers, no matter what the reason, would be enough to start questioning all of a SPAC’s publicly disclosed figures, said Alex Hill, a financial-services contractor in San Diego, California, who owns shares of Foley Trasimene I. He describes himself as a long-term investor in the SPAC, but says he isn’t a huge fan of blank-check companies overall anymore because of the potential for mistakes to seep into pre-merger filings.

“I don’t like the reporting process that takes place before a target goes public” due to the potential for mistakes, he said. “I’m a long-term investor who cares about the future growth of a company after a merger.”