Work from home is here to stay as most Canadians fear returning to work: KPMG Canada

More than half of Canadians are afraid to go back to their workplaces and 77 per cent are worried their colleagues might show up infected with the coronavirus, according to research from consulting firm KPMG.

About six in 10 say they’ll will refuse to go back if they believe their place of work is not safe enough and 57 per cent are concerned about sharing meeting rooms and other common areas. The survey polled more than 1,000 Canadians online and was conducted July 22 to 24.

Major Canadian employers including Royal Bank of Canada, Bank of Nova Scotia and Telus Corp. have told many employees to continue working from home for the rest of the year. One potential issue for workers in Toronto’s financial district is its often-crowded subway system. The city has one of the busiest transit networks in North America, trailing only New York City and Mexico City. 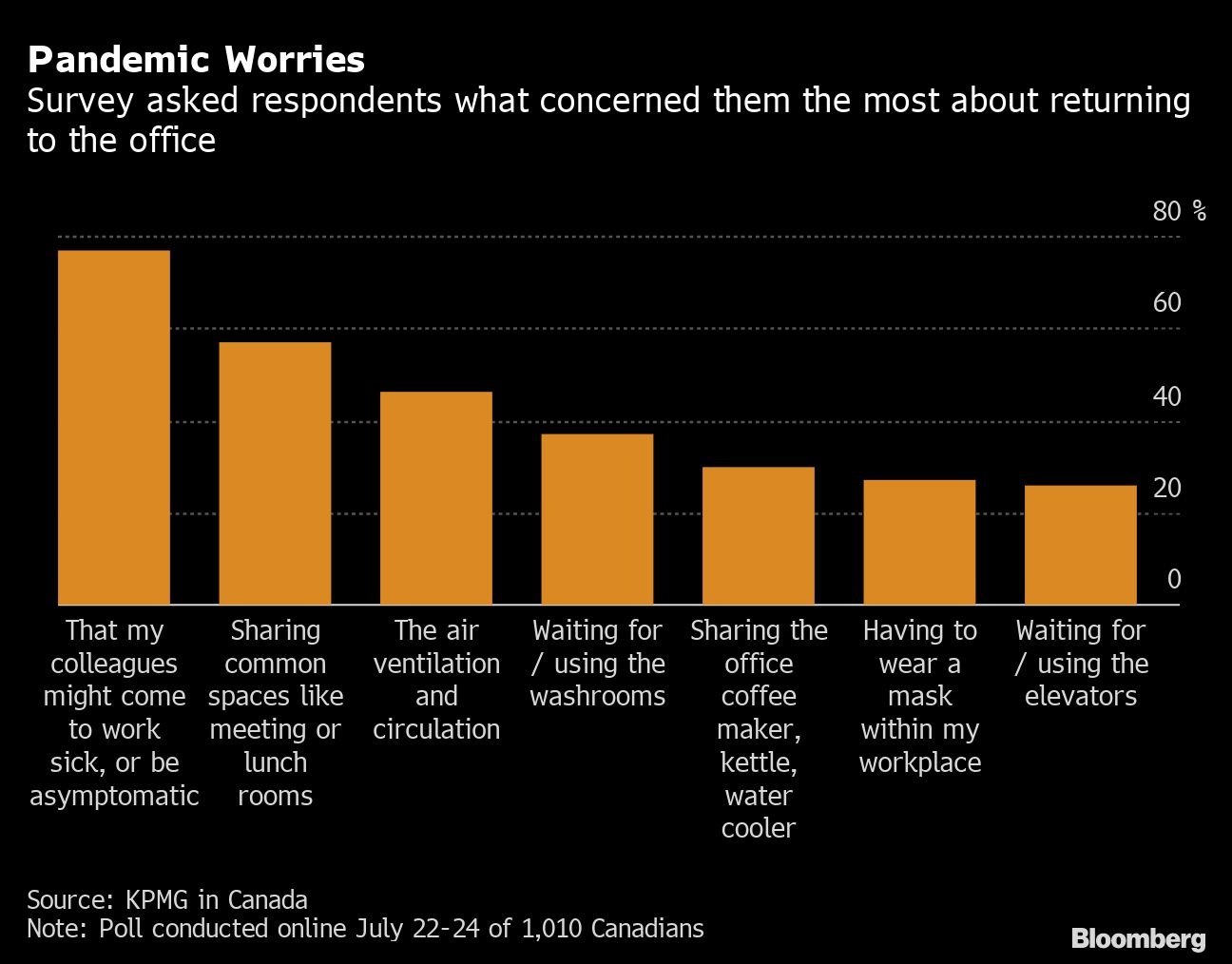 In the KPMG survey, 71 per cent said they were worried about using public transportation for their commute. In Ontario, the figure was was 78 per cent.

Ontario also had the highest percentage of people who said they were “afraid of returning” to the workplace, at 64 per cent. Nationally, the number was 54 per cent.

“We see that Canadians do want to come back, but are concerned for their safety,” KPMG Partner Doron Melnick said in an interview. “Anyone who owns or manages an organization needs to remember that their workers are feeling somewhat anxious. Communicating about what the company will do to keep them safe when they come back will go a long way.”