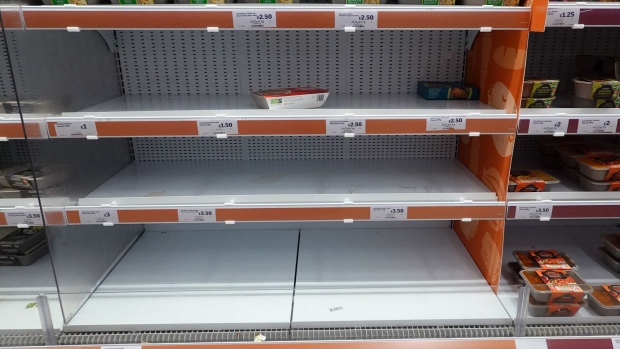 More than half of U.K. adults said they faced more difficulties than usual shopping for food over the past two weeks, according to an official survey that highlights the worsening impact of labor and good shortages on consumers.

Some 40% said there was less variety in the shops than normal, according to a poll by the Office for National Statistics of 4,994 households between September 8 and 19.

British households are facing gaps on shelves and price increases, as a growing energy crisis collides with labor shortages and supply-chain disruptions caused by Brexit and the pandemic.

A separate survey by the CBI, Britain’s biggest business lobby group, found that the volume of stock for distribution and retail, in relation to expected sales, was seen as too low for the fifth month running in September.

“Respondents to our survey have told us that they do not expect the transport and production issues that are causing these shortages to ease significantly until at least next year and, in some cases, beyond,” he said.