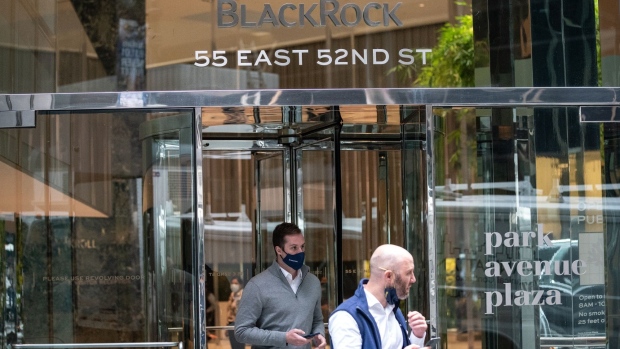 The New York-based bank has signed a deal to take over space that houses the headquarters of BlackRock Inc., according to people familiar with the matter. The 15-year deal is for roughly 400,000 square feet (37,000 square meters) at Park Avenue Plaza, at 55 E. 52nd St., one of the people said. BlackRock is leaving the space and moving west to Hudson Yards in 2023.

The office market in Manhattan has been battered by the pandemic, though there were positive signs in the final months of 2021 as leasing picked up. The deal comes as a surge in Covid-19 cases pushes Wall Street firms, including Goldman Sachs Group Inc., to adjust their return-to-work plans.

Morgan Stanley is headquartered in Times Square, at 1585 Broadway. It currently has offices at Park Avenue Plaza and the new lease marks an expansion there. The firm was represented by Jones Lang LaSalle Inc., while CBRE Group Inc. represented the landlord, Fisher Brothers.