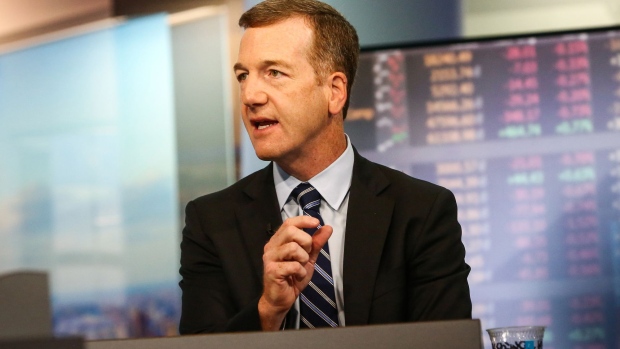 “We think ultimately the bear market will be over probably sometime in the first quarter,” Wilson said in an interview on Bloomberg Television. “All of this is subject to revision. I want to make clear, if the market starts trading off again and the S&P 500 blows through 3,650 on the downside, we will be bearish again.”

Wilson, who was ranked the best portfolio strategist in the latest Institutional Investor survey, said a 19% slump in the S&P 500 Index this year has left it testing support at its 200-week moving average of around 3,600, which could lead to a technical recovery. The S&P 500 has rallied nearly 6% since Oct. 12, when it closed at lowest since November 2020.

Earlier this week, Wilson reiterated that US stocks could grind higher as investors transition to expectations of falling inflation and lower interest rates. Last week, he wrote in a note to clients that the S&P 500 could rise to 4,150, which at the time was its 200-day moving average, in a bear market rally.

Still, he’s anticipating more pain for equities by the second half of 2023, and Morgan Stanley is forecasting that the S&P 500 will close at 3,900 by next June, according to the latest Bloomberg survey conducted in mid-October. Ultimately, he sees the broad equities benchmark bottoming around 3,000-3,200.

“We’re probably more bearish than most for the outlook next year,” Wilson said. “But we do think this tactical rally is going to be big enough to try and pivot and trade it.”

Not all strategists are hopeful that US equities will bottom soon. Goldman Sachs Group Inc. strategists said in a note to clients on Tuesday that conditions for a trough aren’t visible yet as stocks don’t fully reflect the latest rise in real yields and odds of a recession.

Even some of Wall Street’s most ardent bulls are turning sour on the equity market. On Monday, JPMorgan Chase & Co.’s Marko Kolanovic, who has been Wall Street’s most vocal optimist this year, said US stocks were primed for gains into year-end, but added that he expects 2023 to be “a more challenging earnings backdrop relative to current expectations.”

Last week, Kolanovic cut the size of his equity overweight and bond underweight allocations, citing increasing risks from central bank policies and geopolitics. Earlier this month, he said such risks might put the bank’s year-end S&P 500 target of 4,800 at risk.

(Updates to fourth through tenth paragraphs.)