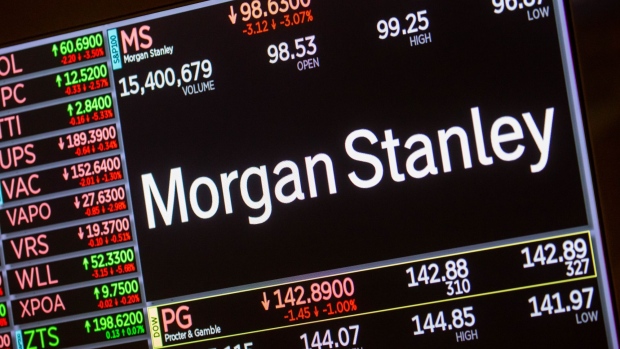 Morgan Stanley signage on the floor of the New York Stock Exchange (NYSE) in New York, U.S., on Monday, Sept. 20, 2021. The global stock rout sparked by investor angst over China’s real-estate sector and Federal Reserve tapering deepened on Monday, with U.S. stocks falling more than 2% and European equities tumbling the most in more than two months. Photographer: Michael Nagle/Bloomberg , Bloomberg

The agreement, if approved by a federal judge in Manhattan, would resolve claims over two security breaches that compromised personal information of 15 million current and former clients, according to a group of them that sued in July 2020. The customers claimed the information was stored in data centers that were shut down and on computer servers in branch locations that were replaced.

The parties announced in November that they had reached a settlement in principle, without disclosing details.

Morgan Stanley continues to deny the claims, according to a court filing Friday seeking approval for the settlement.

U.S. District Judge Analisa Torres must sign off on the deal before it can take effect.