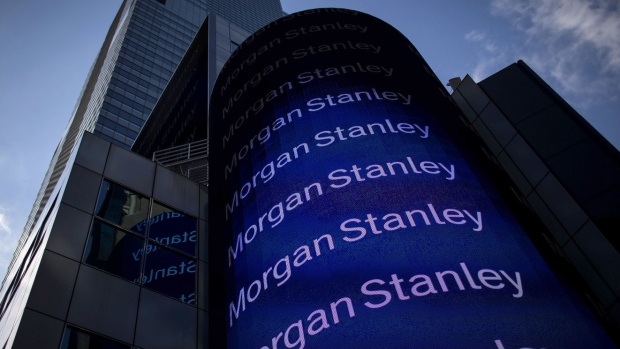 Morgan Stanley digital signage is displayed on the exterior of the company's headquarters in New York. , Photographer: Eric Thayer/Bloomberg

(Bloomberg) -- Morgan Stanley will reduce its global workforce by about 2% as Wall Street seeks to tame costs ahead of a potential US recession.

The cuts amount to roughly 1,600 of the workforce, according to a person familiar with the matter who asked not to be identified discussing private information. Morgan Stanley had more than 80,000 employees at the end of the third quarter, compared to about 60,000 just before the pandemic began.

“You’ve got to take into account the rate of growth we’ve had in the last few years,” Morgan Stanley Chief Executive Officer James Gorman said as the bank reported earnings in October. “We’ve learned some things during Covid about how we can operate more efficiently. So that’s something the management team is working on between now and the end of the year.”

Goldman Sachs Group Inc. and Bank of America Corp. executives warned of hiring slowdowns on Tuesday, citing the uncertain economic outlook. Goldman Chief Executive Officer David Solomon said smaller bonuses and even potential layoffs should come as no surprise amid a deal slump while Bank of America CEO Brian Moynihan said the lender is slowing hiring as fewer employees leave, in an attempt to manage headcount.