“I would say for people on Bay Street, if they can invest in their business and show the kind of results that we’ve seen -- they would be very positive,” he told BNN in an interview.

But with the Liberal government staring at deficits through its six-year forecast horizon, one of Canada’s most influential investors and some top public policy experts are firing back.

“I have no idea what he’s talking about,” Ed Devlin told BNN on Wednesday. “People invest in their businesses when they think the outlook for their businesses look good. That’s based on price stability, which the Bank of Canada brings and fiscal prudence, which is what we expect from Ottawa.”

“As much as the finance minister and the government have been criticized for extra spending at a time when the economy has been growing and not getting closer to a balanced budget, what that tells me as an investor is that long term, the government isn’t as committed to fiscal discipline as it is to its short-term political objectives.” 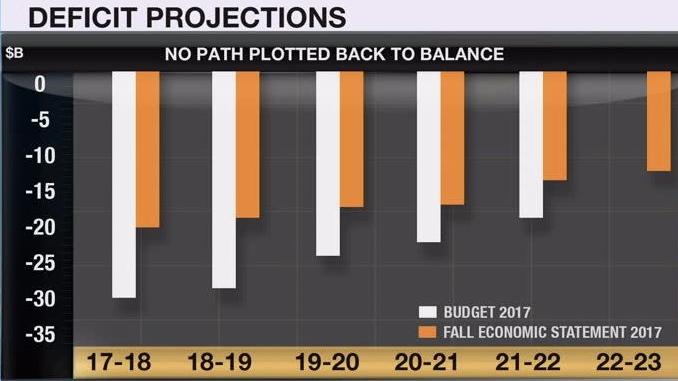 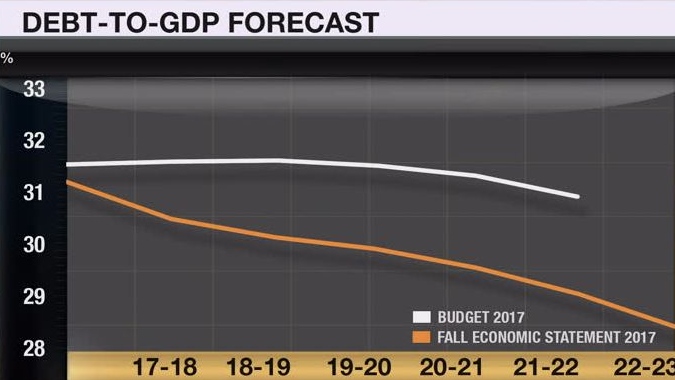 Meanwhile, another skeptic argues there is no point in pitting the public and private sectors against each other.

“Corporations invest to improve the bottom line and increase share values. It is much easier for a government to borrow and sustain debt than a corporation.”

Halfway through its term, the Trudeau government is benefiting from surprisingly robust economic growth -- which is adding an extra $8.9 billion to government coffers this year.

While the finance minister pointed to Canada’s status as the fastest-growing G7 economy as the payoff from the government’s policies, that view is meeting resistance.

“It assumes that the growth in the first half was driven by the government. In fact, the growth reflects a series of one-off events,” wrote Philip Cross, a senior fellow at the Macdonald-Laurier Institute, in an email to BNN.

“The first-half growth reflected the end of bloodletting in Alberta and the full bubble of the Ontario housing market before measures to cool it off. I don’t think you can say, ‘Oh, this is due to your fiscal plan.’”

“There is inherent risk with debt that every corporation knows. If you take out debt, you can boost growth in the short term, but you can’t run on debt indefinitely. When you’re in a very cyclical business, and Canada is a very cyclical economy … you have to take a prudent view of debt because things will eventually turn.” 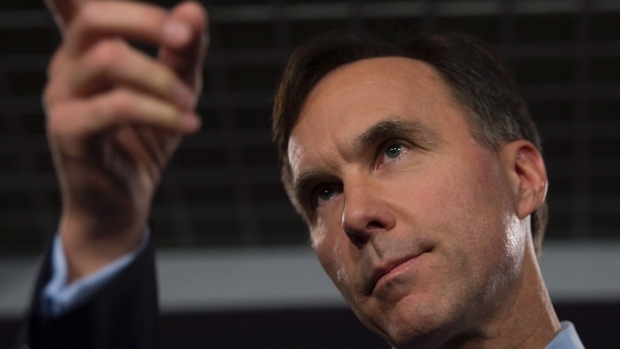 Which of these worries you most about Canada’s economic outlook?