Morneau hints at support for Canadian businesses amid trade fight with U.S.

OTTAWA -- Finance ministers from across the country weighed the consequences Tuesday of Canada's intensifying trade dispute with the United States as the federal government worked to finalize details of its retaliation against Donald Trump's tariffs.

The twice-yearly gathering of finance chiefs took place in Ottawa just days before Canada is set to impose retaliatory tariffs on products from the U.S., which is by far its largest trading partner.

The federal government's move, a tit-for-tat response to the Trump administration's stinging levies on steel and aluminum imports, will take effect Sunday.

A few weeks ago, Ottawa released a list of dozens of products that it intends to target. But Finance Minister Bill Morneau said Tuesday he wasn't quite ready to release the final version of Canada's response to the U.S. duties.

"We are in the process of doing our homework and that's very important to have an approach that works," Morneau told reporters in Ottawa following the meeting of federal, provincial and territorial finance ministers.

"We are in the midst of completing our deliberations and we'll have more to say about the tariffs and our responses in the coming days."

There are concerns Trump could retaliate against Ottawa's countermeasures. The president has repeatedly warned he could apply tariffs on autos -- which some fear could be a much bigger danger for the Canadian economy.

Asked if he's worried an escalation in the trade battle could trigger a recession, Morneau said the economy is in good shape.

"There is always a concern that if there's a change in the level of trade that there will be a bigger problem," said Morneau, who noted the dispute and the retaliatory tariffs weren't Canada's choice to begin with.

"This is, in our estimation, not where we'd like to be, but it's a response that we think is appropriate in this situation."

Following the meeting, British Columbia Finance Minister Carole James said regardless of what happens at the national level her province will continue to try to strengthen its trade relationships with U.S. states. She, too, is waiting for Ottawa's full response before she offers a full assessment of the dispute's impacts.

"I think everybody's waiting to see the list that will come out of the countervailing tariffs," James said.

As the ministers met, dozens of expert witnesses told a special parliamentary committee that they support Canada's forthcoming retaliatory tariffs.

But they also expressed deep concerns about the economic damage that could result from a larger trade fight with the U.S. They also urged Ottawa to take steps to help affected companies and workers.

"We're absolutely going to stand behind Canadian businesses who are challenged by these tariffs," he said.

Quebec Finance Minister Carlos Leitao said his province would also unveil a package to help industries and workers hurt by the tariffs.

The federal, provincial and territorial governments have maintained a common front in dealing with Trump's protectionist policies, which includes the difficult renegotiation of the North American Free Trade Agreement.

It's important for Canada to stand its ground and to speak with one voice on the tariff dispute, Manitoba Finance Minister Cameron Friesen said before Tuesday's meeting. But when it comes to retaliatory measures, he urged the feds to proceed cautiously.

"I think that if I had a message for the federal government today it would be look before you leap in terms of retaliatory measures," Friesen said.

"We must make sure we are not unduly exposing those in our own jurisdictions to risks."

The finance ministers also heard a presentation from David MacNaughton, Ottawa's envoy in Washington, about the current state of the Canada-U.S. relationship.

For weeks, Canada and the U.S. have been engaged in an increasingly ugly trade fight that deteriorated into a highly unusual exchange of words between Trump and Prime Minister Justin Trudeau.

The tariff dispute, along with the unknowns tied to the challenging NAFTA negotiations, have created significant uncertainty for Canadian businesses that, on its own, could have a painful economic impact.

The worry is that companies will choose to delay investments or simply make them elsewhere.

"In this environment of a quasi trade war... the first victim is always investment," Leitao said. 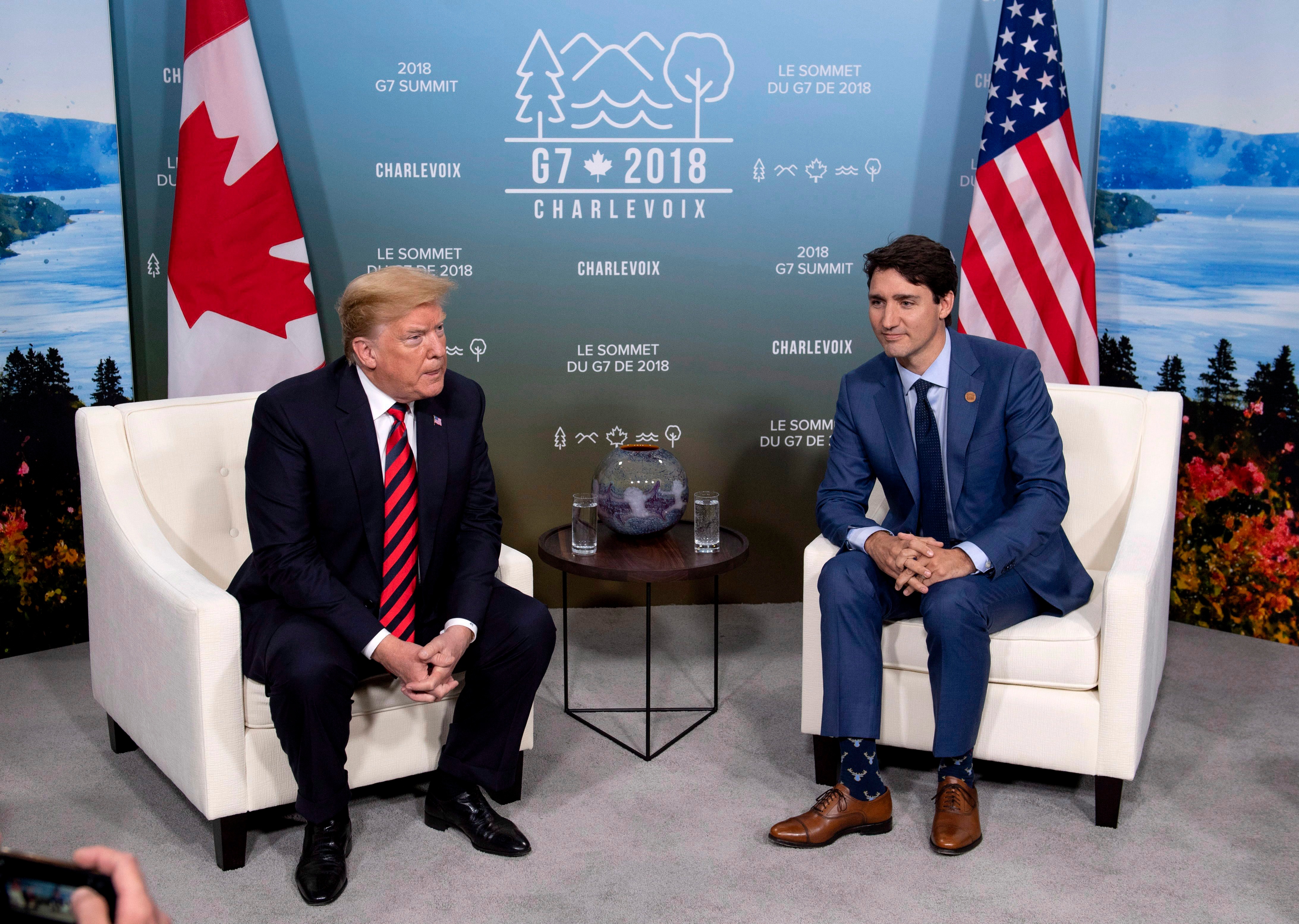 What should the government do to support businesses affected by the Canada-U.S. trade war?

Quebec is also moving forward with fiscal measures to encourage investment -- and Leitao hopes the federal government will provide assistance on this front as well.

The ministers also heard from Bank of Canada governor Stephen Poloz about the state of the economy. And to get a broader perspective, they were to  be joined at the meetings by chief financial officers from 10 leading Canadian organizations.

Business associations have warned the U.S. tax changes could end up hurting the Canadian economy more than would the possible termination of NAFTA. Many have urged Morneau to respond quickly by cutting Canada's corporate tax rate.

But before introducing any changes of his own, Morneau has said he's taking the time necessary to carefully assess the possible consequences of the U.S. reform for Canada.

Several provincial finance ministers said they would convey their concerns over the contentious formula behind Canada's long-divisive equalization program.

Finance ministers from some so-called "have" provinces -- those that don't receive equalization payments, which are financed through federal tax revenue -- said they would call for changes to the formula.

Newfoundland and Labrador, Saskatchewan and Alberta all said they would push for an update to the calculation, even though Ottawa has already passed legislation that locks in the current formula for another five years.

The $19-billion program is based on a highly complex calculation and it's designed to help poorer provincial governments provide public services that are reasonably comparable to those in other provinces.