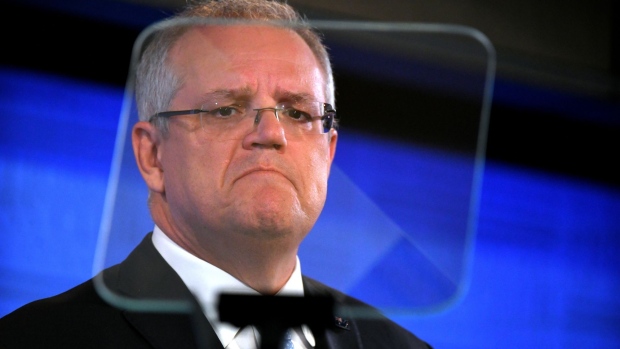 (Bloomberg) -- Australian Prime Minister Scott Morrison will on Monday announce A$1.5 billion ($1 billion) in new infrastructure funding as his government seeks to kickstart an economy emerging from the coronavirus lockdown.

The funding will be used “to immediately start work on small priority projects identified by the states and territories,” Morrison will say in a speech to a conference hosted by the Committee for Economic Development of Australia. About A$1 billion will be allocated to “shovel-ready” projects, with the balance to target works to improve road safety.

Morrison is seeking to reopen most parts of the economy by the end of next month, helped by success in containing the spread of the coronavirus and keeping the rate of new daily infections to below 0.2%. The lockdown has ended Australia’s almost 29-year recession-free run, the developed world’s longest uninterrupted economic growth streak.

“We need to bring the same common sense and cooperation we showed fighting Covid-19 to unlocking infrastructure investment in the recovery,” Morrison said.

The government has already committed nearly A$180 billion to infrastructure over the next decade and since November has brought forward or injected almost A$7.8 billion in investment, Morrison will say. Some 15 major projects will be fast-tracked to support more than 66,000 jobs.