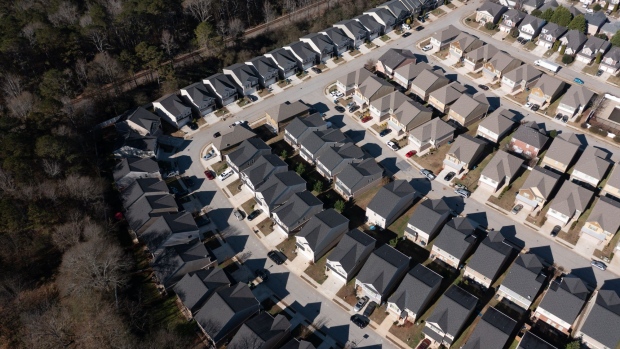 (Bloomberg) -- Mortgage rates in the U.S. rose for a third straight week, reaching the highest point in almost two years.

Rates tracked a jump in yields for 10-year Treasuries, which climbed to levels not seen since early 2020, before the pandemic roiled financial markets. Signs point to borrowing costs rising further as the job market improves and the Federal Reserve steps up its efforts to tame inflation.

That would increase the burden on homebuyers who are already stretching to afford a purchase. Rates for 30-year mortgages tumbled to a record low of 2.65% a little more than a year ago. Cheap loans have helped fuel a housing rally that’s still running hot even as home prices soar out of reach for many Americans.

“The rise in mortgage rates so far this year has not yet affected purchase demand,” Sam Khater, Freddie Mac’s chief economist, said in the statement. “But given the fast pace of home price growth, it will likely dampen demand in the near future.”