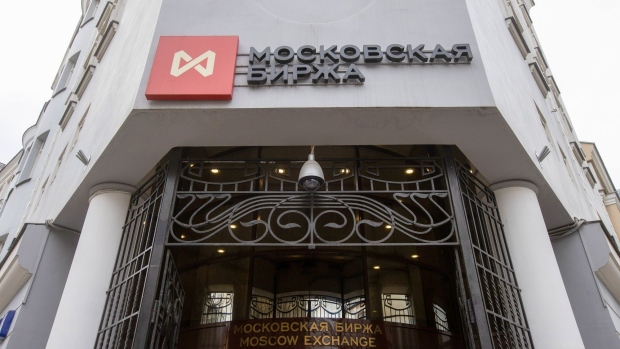 (Bloomberg) -- Russia will expand limited trading to all shares listed on the Moscow Exchange in another shortened session on Monday.

The Moscow Exchange will trade Russian shares, in addition to corporate and municipal bonds, in a shortened four-hour session, according to the Russian central bank’s website statement. The ban on short selling these securities will apply, it said.

Russia resumed trading in 33 local stocks, including Gazprom PJSC and Sberbank PJSC, on Thursday and took measures, including preventing foreigners from exiting local equities and banning short selling, to avoid a repeat of the 33% slump seen on the first day of the Ukraine invasion last month. The MOEX Index rose 4.4% on Thursday, but reversed most gains on Friday. Russian equities are this year’s worst performers globally.

The bourse will also resume trading in foreign shares on Monday, which will be traded in a so-called negotiated regime, the Bank of Russia said.