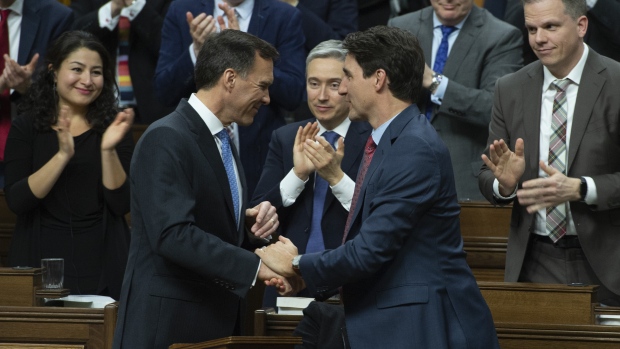 Two-thirds of Canadian business owners believe federal policies have not helped to grow their enterprises, a new survey suggests.

The Angus Reid poll found that 66 per cent of entrepreneurs disagreed with the statement, "Federal government policies have helped businesses grow in the past 12-18 months."

Roughly half of owners polled plan to invest in their businesses in the next 18 months, the survey found. Of those opting not to put more cash into their company, only one-quarter attributed the decision primarily to poor conditions created by the government.

The survey, commissioned by cloud management company Sage, found that six in 10 business owners are simply unaware of any government-provided services and programs to help their companies expand.

"Our government should hear their concerns and support their growth so that we can all work towards a promising future."

Despite the escalating tariff war between China and the U.S., about two-thirds of business owners said they have not felt the impact of global trade tensions, which "have little impact on their reality," the Sage release states.

The Liberal government cut the small business tax rate to nine per cent from 11 per cent. That move, which applies to the first $500,000 of active corporate income, saves businesses up to $7,500 a year, the party says.

Last November, the Liberal government unveiled a plan that would allow businesses to immediately write off the full cost of some types of equipment and machinery, as well as enable companies of all sizes across all sectors to expense a larger share of new assets.

Conservative Leader Andrew Scheer has promised to reverse a decision by the Liberals that increased the tax rate on small business investments and made it harder for companies to pay dividends to family members.

The first loophole allowed small businesses to keep income from sources not related to their work inside their corporations -- where it was taxed at a lower rate than it would have been had they counted it toward their personal bottom line.

The Angus Reid online survey was conducted between Aug. 22 and Aug. 26 and garnered responses from 626 business owners with one or more employees as well as 1,604 working Canadians. According to the polling industry's generally accepted standards, online surveys cannot be assigned a margin of error because they do not randomly sample the population.