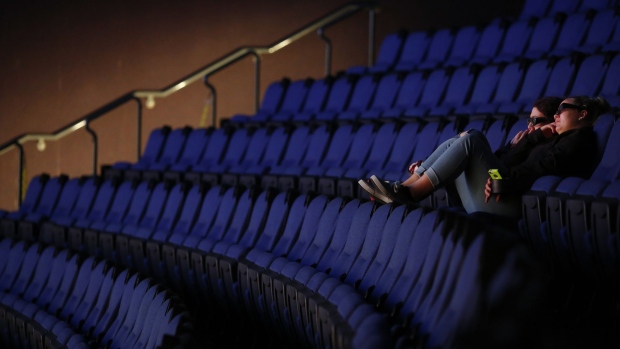 (Bloomberg) -- Moviefone, the film hotline famous in the ’90s for its automated voice, has changed hands yet again.

After being owned by AOL, Verizon Communications Inc. and the company behind the doomed subscription service MoviePass, the business was acquired by TV producer Cleveland O’Neal III for $1.08 million.

O’Neal’s holding company, Born in Cleveland LLC, was the winning bidder in the bankruptcy auction, according to a statement Wednesday. A judge approved the sale last week.

Founded in 1989, Moviefone still delivers movie showtimes and tickets via its website. But its heyday was the ’90s, when the greeting “Hello, and welcome to Moviefone” was legendary. It was even featured in an episode of “Seinfeld,” with Cosmo Kramer taking phone calls pretending to be the hotline.

O’Neal, who produces the syndicated show “Made in Hollywood,” plans to use Moviefone’s digital and social-media presence to help promote his studio and other endeavors.

The million-dollar purchase price is down from the $388 million that AOL paid in 1999. Verizon then picked up the asset as part of its acquisition of AOL in 2015. Helios & Matheson Analytics, the backer of MoviePass, purchased Moviefone for roughly $23 million in 2018.