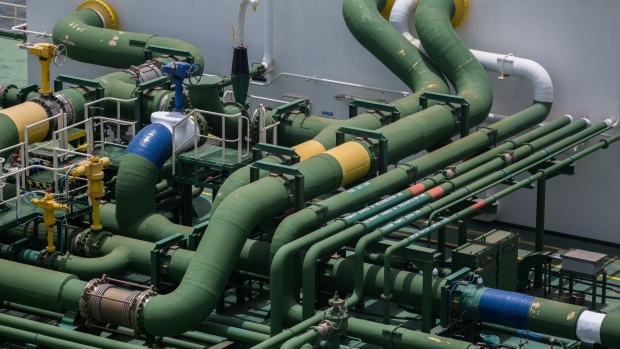 (Bloomberg) -- Mozambique is poised to ship its first cargo of liquefied natural gas overseas, joining the ranks of the world’s exporters as a global energy crunch pushes prices of the fuel to record highs.

Commissioning activities at the Coral-Sul FLNG vessel are progressing, and first exports will be communicated in due course, Eni said in an emailed statement. The Italian company has said it’s already planning a second floating export platform in the southern African country that could be brought on in less than four years.

Mozambique is firing up its first export terminal as tight gas supplies after Russia’s invasion of Ukraine send prices soaring in Europe, where nations including the UK and Germany have warned that the fuel squeeze could prompt rationing and trigger a recession. Seeking to end their dependence on Russian gas, European buyers are paying a hefty premium as they compete with Asia to secure LNG cargoes ahead of the winter.

Eni’s $7-billion Coral-Sul project had been targeting first exports by October and has moved forward despite the pandemic and an Islamic State-linked insurgency in Mozambique that derailed a $20 billion TotalEnergies SE export facility. BP in 2016 signed a deal to buy all of the output for 20 years from Coral-Sul, which is designed to produce 3.4 million metric tons of LNG.

Mozambique, the world’s third-poorest country according to data from the World Bank, has in recent years had its economy battered by a sovereign debt scandal and the jihadist insurgency. A series of severe tropical cyclones have also wreaked havoc along its coastline.