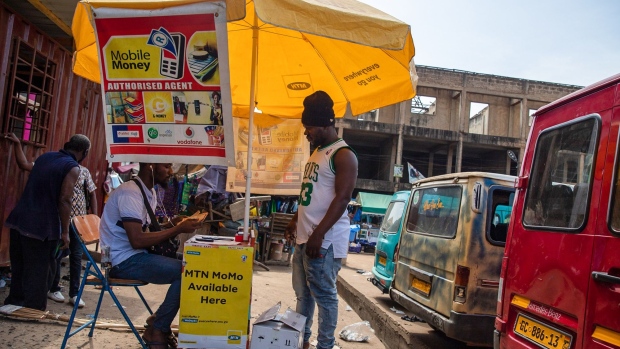 A pedestrian passes by an MTN Group Ltd. bus stop advertisement and roadside kiosk in Lagos, Nigeria, on Monday, Nov. 13, 2017. MTN is focused on laying the groundwork for an initial public offering of its Nigerian business and should complete the process in the next six months, Chief Executive Officer Rob Shuter said. Photographer: Tom Saater/Bloomberg , Bloomberg

At least 2.9 billion shares were allotted out of the 4.5 billion shares that were offered, Kampala-based MTN Uganda Ltd. said in a statement, without providing reasons for the undersubscription.

The stake which Africa’s largest wireless carrier has in the unit was cut to 83.05% from 96% following the allotment. It will list on the Uganda Securities Exchange on Monday. The South African-based group had offered to cut its stake by 20% in line with regulatory requirements.

The IPO, the first in the country in more than three years, is also the biggest since Umeme Ltd. raised about $66 million in 2012, according to data compiled by Bloomberg.