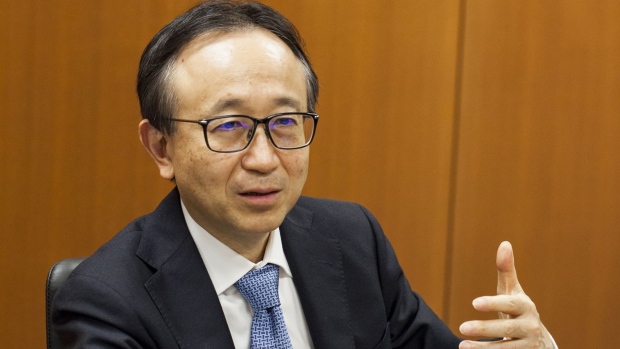 (Bloomberg) -- The days of aggressively buying Southeast Asian banks appear over for Japan’s biggest lender, which is now focusing on digital investment to reach new customers and streamline operations.

The coronavirus outbreak has provided a fresh impetus for banks worldwide to digitize their operations, as social distancing deals a further blow to the viability of their branch networks. Kamezawa, who was chief digital transformation officer until becoming CEO in April, spearheaded MUFG’s deal to invest $700 million in ride-hailing giant Grab earlier this year.

“The digital shift has already been one of the megatrends in society, but it has picked up pace in the wake of the pandemic,” said Kamezawa, 58.

MUFG wants to tap Singapore-based Grab’s vast client base and expertise in artificial intelligence. The companies are working together on about a dozen potential business projects in Thailand, Indonesia, the Philippines and Vietnam, where MUFG has commercial banking units, Kamezawa said.

“We’re planning to generate profit by teaming up our Southeast Asian banks with Grab,” he said. “For instance, we have a credit model and Grab has its data on customers’ behavior. We’re trying to create new financial services by combining the two.”

Southeast Asia is already seeing huge growth in demand for digital financial services, with revenues projected to more than triple to at least $38 billion by 2025, a study by Bain & Co., Google and Temasek Holdings Pte showed last year.

Kamezawa said the bank plans to start either a scoring model-based lending program or AI laboratory with Grab in the fiscal year ending in March. He’s not perturbed by the pandemic’s impact on the startup, which recently said it will cut 360 jobs to reduce expenses during the downturn.

“The ride-hailing business is in a tough situation,” Kamezawa said. “But food delivery is seeing a sharp increase at the same time, so they’re doing fine.”

Kamezawa’s background isn’t typical of an elite banker in Japan. A math expert who studied number theory at University of Tokyo’s graduate school, he made an impression earlier in his career by heading the bank’s launch of bond options trading.

Digitalization is key to streamlining operations, especially in domestic retail banking, he said. While MUFG and others saw a surge in branch traffic despite a stay-at-home plea by the government in April, Kamezawa said the bank is now seeing a jump in the use of online banking services.

His two predecessors, Kanetsugu Mike and Nobuyuki Hirano, were known for their overseas backgrounds. Under them, MUFG spent about $15 billion to acquire PT Bank Danamon Indonesia and Thailand’s Bank of Ayudhya and obtain stakes in Vietnam’s Vietinbank and Security Bank Corp. of the Philippines.

Asked whether the acquisition of commercial banks in the region is over, Kamezawa said: “I think so.”

“We have succeeded in making up for declining domestic profit through our push overseas,” he said, adding that the priority now is to control steadily rising costs. “We will recalibrate our global strategy, review growth areas and allocate resources accordingly.”