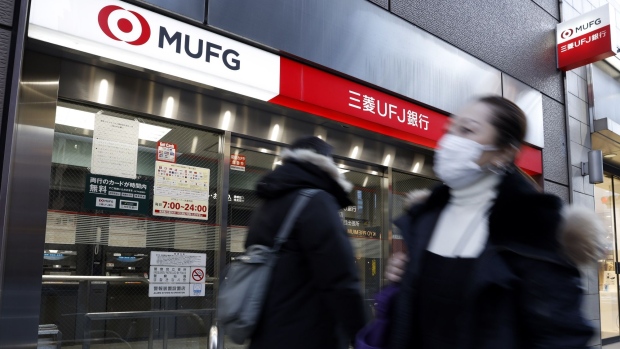 (Bloomberg) -- Mitsubishi UFJ Financial Group Inc. is in advanced talks to acquire consumer lender Home Credit’s assets in Indonesia and the Philippines, according to people familiar with the matter.

MUFG, as Japan’s biggest lender is known, has emerged as the likeliest buyer for the businesses after outbidding other rivals, the people said, asking not to be identified because the matter is private. The combined assets in both countries could be valued at about $500 million or more, the people said.

The parties are negotiating terms of a potential agreement which could be reached as early as next month, the people said. Talks could still face delays or even fall apart, and other bidders remain interested in certain assets, they said.

While Home Credit had sought to include other markets such as Vietnam and India in the transaction, most bidders were keen on a piecemeal deal, the people said.

Representatives for PPF Group NV and MUFG declined to comment.

Japanese lenders have been keen buyers of assets across Asia in recent years as they seek to expand in new markets amid low interest rates and sluggish growth at home. MUFG is considering a bid for PT Bank Pan Indonesia as the Japanese banking giant seeks to bolster its presence in Southeast Asia’s biggest economy, Bloomberg News has reported.

Home Credit, owned by late Czech billionaire Petr Kellner’s family, has been in discussions with advisers about options including partnerships and selling stakes in Southeast Asia and India to help raise cash for the group, Bloomberg News has reported. The owner has been seeking a valuation of $2 billion to $2.5 billion for the businesses in Indonesia, Vietnam, the Philippines and India, people familiar with the matter have said.

Home Credit was founded in 1997 and has operations in nine countries across Asia, central and eastern Europe and the former Soviet Union. Kellner’s PPF Group is a holding company with interests spanning finance, telecommunications, manufacturing, media and biotechnology. He was 56 when he died in a helicopter crash last year.