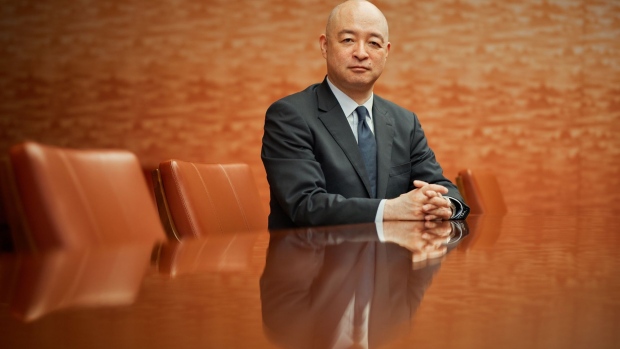 (Bloomberg) -- Clients of Japan’s biggest bank are bracing for the central bank to finally abandon its ultra-easy monetary policy, which could happen by the end of September, according to the head of Mitsubishi UFJ Financial Group Inc.’s global markets business.

“I think the Bank of Japan could launch an exit strategy as soon as the first half of the next fiscal year under the new leadership,” Hiroyuki Seki said in an interview. Japan’s financial year starts in April, and BOJ Governor Haruhiko Kuroda steps down on April 8.

Such a move would depend on stable price increases and wage growth, as well as the health of the US and European economies, Seki said. The Tokyo-based lender is already seeing a pickup in activity from companies and institutions anticipating higher interest rates on yen-denominated assets, he added.

“We are getting a lot of inquiries about yen interest-rate derivatives, which haven’t moved much until recently,” said Seki, 54. “We need to respond to clients’ growing moves to prepare for a possible paradigm shift from long years of a negative-rate environment.”

While the sustainability of the BOJ’s monetary easing has been in question for some time, inflation at the highest level in more than four decades and the central bank’s surprise yield-curve tweak in December have further fueled speculation for an end to the policy. The BOJ dampened the fervor this month when it said it remains committed to keeping a lid on bond yields for now.

Seki said an exit referred to actions including further changes to yield curve control and the scrapping of negative rates. Overseas economic conditions will be significant to the timing, because it would become very difficult if the US and Europe enter a recession, he said.

“The BOJ needs to watch economic cycles of US and Europe,” said Seki, who has spent more than 20 years in the markets business in his three-decade career at MUFG.

Even if the central bank ditches negative rates, Seki doesn’t expect it to follow the Federal Reserve and embark on successive large-scale hikes, saying Japan’s policy rate is likely to take a long time to even reach around 0.2%.

Long battered by rock-bottom borrowing costs, Japanese banks suddenly became a favorite for investors last month after the BOJ widened its target for 10-year government bond yields — a move seen as a precursor to a broader policy shift that could bolster interest income.

Not everything about ending the policy would be positive for banks. One possible adverse impact is impairment of lenders’ yen bond holdings, which would drop in value if yields jump.

Seki said MUFG has been taking measures since early last year to mitigate risks to its bond portfolio, including through swap transactions and buying bear funds that generate returns in bond market downturns. “We have already been building up positions to boost resilience toward yen interest-rate rises,” he said.

For his markets business, Seki expects the increase in volatility to spur yen-related transactions.

“Low inflation, low interest rates, low volatility and excess liquidity — they are all being upended,” he said. “This volatile situation is likely to continue in financial markets in Japan and overseas. And so finally this year, I expect yen interest rate business to grow.”

Meanwhile, the BOJ has enhanced a program to provide loans to commercial banks to buy more debt — another tactic in Kuroda’s stubborn defense of the yield curve control policy. Seki said the facility is designed to push down swap rates, which have been rising sharply compared with Japanese government bond yields as investors anticipate policy tightening.

But he voiced concern that the latest move, coupled with the continued JGB buying, could work against the very purpose of the central bank’s measures. “I hope the BOJ will further strengthen monitoring for potential side effects such as deterioration in the functioning of yen interest-rate markets,” he said.