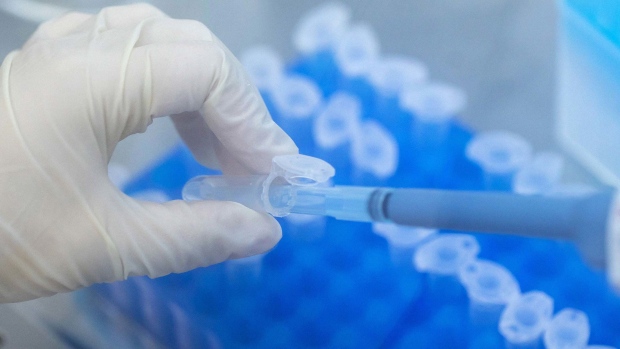 (Bloomberg) -- Multimillion-dollar prices for a rival’s treatments with the potential to cure rare diseases are “in the right ballpark,” according to Stuart Arbuckle, chief operating officer of Vertex Pharmaceuticals Inc., which is preparing to market its own treatment for sickle-cell disease.

Even a drug-price watchdog, the Institute for Clinical and Economic Review, deemed the $2.8 million tag on Bluebird Bio Inc.’s Zynteglo for the blood disorder beta thalassemia cost-effective, Arbuckle said in an interview with Bloomberg News. Bluebird also recently said it would charge $3 million for Skysona, the gene therapy it just launched for a rare brain-wasting disease.

Arbuckle’s comments shouldn’t be construed to represent Vertex’s pricing strategy for its own genetic therapy for sickle-cell disease, another inherited blood disorder, company officials said. Yet his remarks reflect the the industry’s direction as more drugmakers pursue one-time treatments with the potential to cure or dramatically improve rare diseases that can cost thousands and sometimes millions of dollars to treat over a patient’s lifetime.

Bluebird and Vertex are each developing related, experimental therapies for sickle cell disease, and plan to seek regulatory approval around the same time.

After introducing some of the first treatments for hepatitis C, a potentially lethal liver infection, Boston-based Vertex solidified its name with therapies that turned cystic fibrosis, a lethal, inherited lung disorder, into a manageable disease. Since introducing its first cystic fibrosis drug in 2012, Vertex has created a stronghold in the space with treatment that addresses 90% of patients.

Vertex is now trying to push into areas such as type 1 diabetes, kidney disease and pain. Its next drug launch is likely the therapy for sickle cell, a blood disorder that in the US predominantly affects Black people, Chief Executive Officer Reshma Kewalramani said in the interview. The treatment, called exa-cel, involves editing the genes of patients’ cells so they’ll make more hemoglobin, the molecule that carries oxygen throughout the body.

Vertex plans to start filing an application for US regulatory approval of exa-cel next month and complete it by March, Kewalramani said. The company had previously said it would file the US application by the end of this year and tweaked the timeline last month following discussions with regulators. Vertex still anticipates finishing its applications in Europe by the end of the year.

“I am very, very pleased with the agreements we reached, and all of these discussions that we’ve had along the way have allowed us to de-risk the program, which is what allows us to start these submissions in November,” Kewalramani said.

Discussions in the US and Europe have focused on how many patients to include in the application and how much time should have elapsed after their treatment, Kewalramani said. She wouldn’t disclose what they agreed on, citing company policy and the competitive nature of the details.

Vertex and its partner Crispr Therapeutics AG could become the first to bring a Crispr-based therapy to market. A slew of companies are using the Nobel Prize-winning technology to edit genes and potentially cure serious diseases.

It’s too early to talk about how much Vertex will charge for exa-cel, Arbuckle said. Vertex is already engaging private and public insurers about paying for the therapy, he said. Both drugmakers and payers are still trying to figure out the best way to cover expensive, one-time treatments that could save the health system in the long run but present a challenge in the near term.

When Bluebird introduced its gene therapy for beta thalassemia in Europe a few years ago, the company proposed a five-year payment plan. It turned out insurers loathed the idea, prompting Bluebird to offer a money-back guarantee when it launched the therapy in the US this year. Vertex is “doing a lot of listening” to develop flexible options for payers around the world, Arbuckle said.

Kewalramani says she’s hopeful access to exa-cel will benefit from health institutions’ commitments to providing equitable care after the murder of George Floyd. Boosting access to therapy for a disease that primarily affects Black people will help accomplish those goals, she said.

“This is a chance to now get to a point where if there is a curative therapy that we stand up and do actually what we said we would do, which is have equitable care,” Kewalramani said.