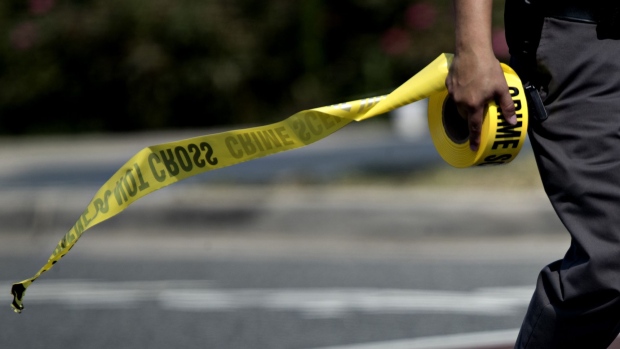 (Bloomberg) -- The FBI’s latest crime report shows violent crime dropped in 2021, but there are a few gaps in the data -- like New York and Los Angeles.

Police departments in the nation’s two biggest cities were among those that failed to convert to the Federal Bureau of Investigation’s new data collection system, meaning they weren’t able to submit statistics for the report released Wednesday. The FBI and Justice Department instead made estimates for those cities.

Republicans have made rising crime a major plank of their mid-term election campaigns, and Democrats are likely to seize on the new report. But the data gaps could limit the statistics’ political benefits.

“With so many agencies failing to report a full year of data for 2021, this year’s annual crime data release will have significant blind spots,” according to an analysis by the nonpartisan Brennan Center for Justice. “Policymakers will have to exercise great care when using this limited data.”

Crime overall, including non-violent offenses, was flat between 2020 and 2021, according to the FBI.

The FBI stopped accepting data from the old system in January 2021. The new collection and analysis system is expected to dramatically improve data about crimes once it is fully in place, helping lawmakers, policymakers, law enforcement agencies, public safety organizations and researchers better understand the scope and demographics of violence.

It isn’t clear, though, when that will happen.

“It will probably be impossible to speak of a precise ‘national’ murder rate or ‘national’ violent crime rate for 2021,” according to the Brennan Center. “Confidence intervals may make it difficult to determine whether the rates of some offenses rose or fell.”