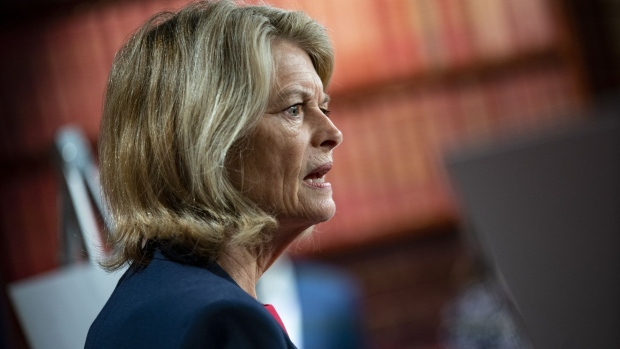 Senator Lisa Murkowski, a Republican from Alaska, speaks during a news conference on gasoline prices at the US Capitol in Washington, D.C., US, on Wednesday, May 18, 2022. US drivers aren't finding any relief at the gas station as increased prices at the pump undoubtedly will squeeze Americans further just as the peak summer driving season is set to begin. , Bloomberg

(Bloomberg) -- Republican Lisa Murkowski won re-election to her Alaska Senate seat, AP said, beating back a challenge from a fellow Republican who was backed by Donald Trump.