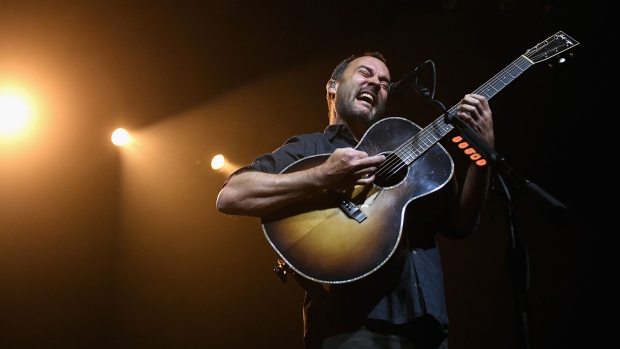 Music stars Dave Matthews, Anderson .Paak and Maren Morris have teamed with some of the industry’s top power brokers to form a new lobbying group that will represent artists in Washington and state capitals across the U.S.

Musicians depend on federal courts and Congress to determine much of their pay. Federal consent decrees govern how much bars, radio stations and restaurants must shell out for songs. And copyright judges determine the rates big streaming services must pay songwriters for a separate license. Legislation also shields technology companies from liability for the proliferation of pirated music.

The music industry has no shortage of lobbyists in the U.S. capital, but none of the largest groups are focused on artists. The Recording Industry Association of America represents record labels, the National Music Publishers’ Association stands up for music publishers and the National Association of Broadcasters reps radio stations.

“Artists don’t really have a seat at any table,” Azoff said in an interview. “Just the fact that we have a powerful group of people will scare everyone else to the table.”

Azoff, the manager of the Eagles, Gwen Stefani and Travis Scott, has been one of the most vocal artist advocates during his storied career. He previously formed an organization called the Recording Artists Coalition after changes in bankruptcy law. But the group’s activity slowed after the National Academy of Recording Arts and Sciences took it over.

There will be costs if we regulate Big Tech: former competition commissioner

Big tech continues to sit in the spotlight as many U.S. presidential candidates highlight the need to break up these companies. Melanie Aitken, former Competition Bureau commissioner and co-chair of competition and foreign investment practice at Bennett Jones, discusses the implications this move would have on innovation in the sector.

Azoff saw an opportunity to build a new, stronger organization -- one less dependent on him. So he recruited top managers, like Capshaw, manager of the Dave Matthews Band and Chris Stapleton, and John Silva, whose firm represents Beck and St. Vincent. He also recruited lawyers, publicists and other executives who have business experience but work directly with artists.

Azoff and his fellow board members will self-fund the organization, and they are in the process of hiring a lobbyist to represent them in Washington. The group has already formed a list of three or four top concerns, such as tech companies’ appeal of a ruling that boosted songwriter royalties.

Matthews, whose fans follow his band with religious fervor, is acutely worried about the proliferation of bootleg merchandise on e-commerce sites like Amazon.

“Emerging artists deserve the same opportunity that many of us had -- to be able to make a living creating music,” Matthews said in a statement. “It’s important for today’s musicians to pave the way for those in the future.”

For a sign of how thorny music fights get in Washington, look no further than the Music Modernization Act, a bill passed to determine compensation for older recordings and set up a body to govern how streaming services pay for mechanical licenses. Despite support from technology companies and music companies, the bill took months to put together and was almost derailed a couple of times.

Though the legislation was signed into law, one of its main proposals hasn’t gone into effect. The tech companies agreed to fund an organization that would create a copyright database and collect royalties. The U.S. copyright office selected a bid from songwriter lobbyists for how the group should run.

But songwriters, lobbyists and tech companies are still debating how much money the organization needs to fund it. David Israelite, the head of the National Music Publishers’ Association, said the tech companies aren’t willing to spend enough. The streaming services are unwavering in their commitment to pay for reasonable costs, according to Garrett Levin, the head of a trade group representing the tech companies. Another songwriting group said it’s too early in the process to know what will happen.

Neither of these groups speaks for the songwriters that must be compensated, according to Susan Genco, an industry veteran and board member for the Music Artists Coalition.

“We want state and national legislatures to know that if you want a true artist’s perspective, not one that may be compromised, this is the organization you call,” Genco said. “This is for artists, by artists and from artists.”