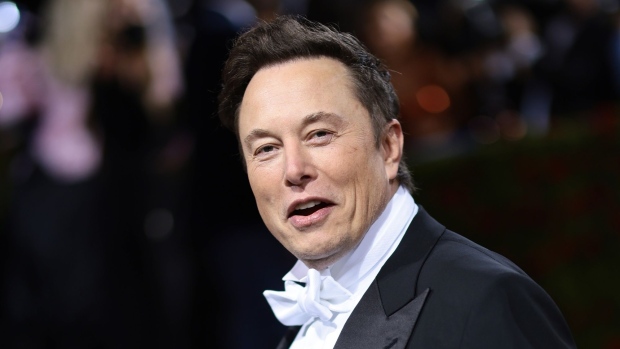 (Bloomberg) -- Elon Musk, the world’s richest person, is considering a visit to Indonesia to explore investment opportunities in the resource-rich Southeast Asia country.

The chief executive officer of Tesla Inc. and SpaceX met with Indonesian President Joko Widodo at the rocket manufacturer’s site in Boca Chica, Texas, on Saturday, during which Widodo extended an invite. “Hopefully in November, thank you for the invitation,” Musk said, according to a statement released by Widodo’s office.

Indonesia, home to some of the world’s largest deposits of copper, nickel and tin, touts its abundance of natural resources to lure billions of dollars of foreign investors’ money.

The government has held talks on potential partnerships with Musk’s teams over the last several years, including on the development of electric vehicles with Tesla and on the possibility of a SpaceX rocket launch site in the country, but no agreements have been reached.

Musk is currently in a $44 billion takeover bid for Twitter Inc., though that transaction has become clouded in uncertainty as he said on Friday his offer was “temporarily on hold” and then maintained he is “still committed” to the deal.