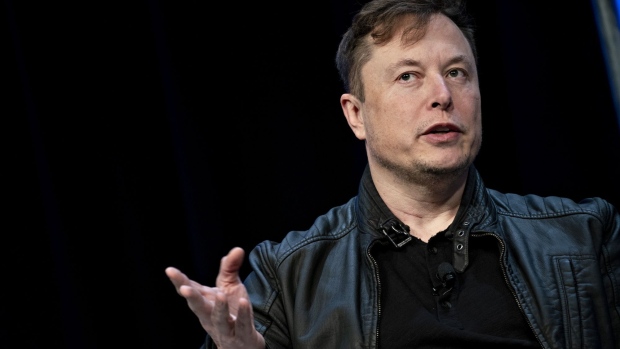 Tesla Inc., meanwhile, sank to the lowest level this year, wiping $12.3 billion from his wealth, while Twitter further extended its slide. All told, Musk has lost $49 billion since launching his bid for Twitter last month, partly as the wider market tumbled and as some investors in Tesla grew concerned over how he’d fund his offer for the social-media giant.

Musk, 50, remains the world’s richest person, with a fortune of $209.9 billion, according to the Bloomberg Billionaires Index. He’s shaved $60.4 billion off his wealth this year, trailing only Binance’s Changpeng Zhao, who’s down $81 billion, and Jeff Bezos’s $62 billion drop.

Musk has grown increasingly vocal since launching his $44 billion offer for Twitter. Wednesday was no exception.

He tweeted that ESG was “a scam” after Tesla lost its spot on an S&P Global index that tracks companies on their environmental, social and governance standards. He also predicted that “political attacks” on him would “escalate dramatically in coming months.”

In a separate tweet, Musk said he’d supported Democrats in the past because “they were (mostly) the kindness party,” but has now changed his mind.

“They have become the party of division & hate, so I can no longer support them and will vote Republican,” he said.