Elon Musk sold Tesla Inc. stock for a seventh consecutive trading day, bringing him almost halfway to his promise to unload 10 per cent of his stake in the electric car-maker.

The chief executive officer on Tuesday disposed of 934,091 shares worth about US$973 million, according to regulatory filings. That follows US$7.8 billion of sales he’s carried out since he asked his Twitter followers on Nov. 6 whether he should pare his stake. Musk also exercised 2.1 million of equity options on Tuesday, and part of the share sales were to help pay taxes on that. 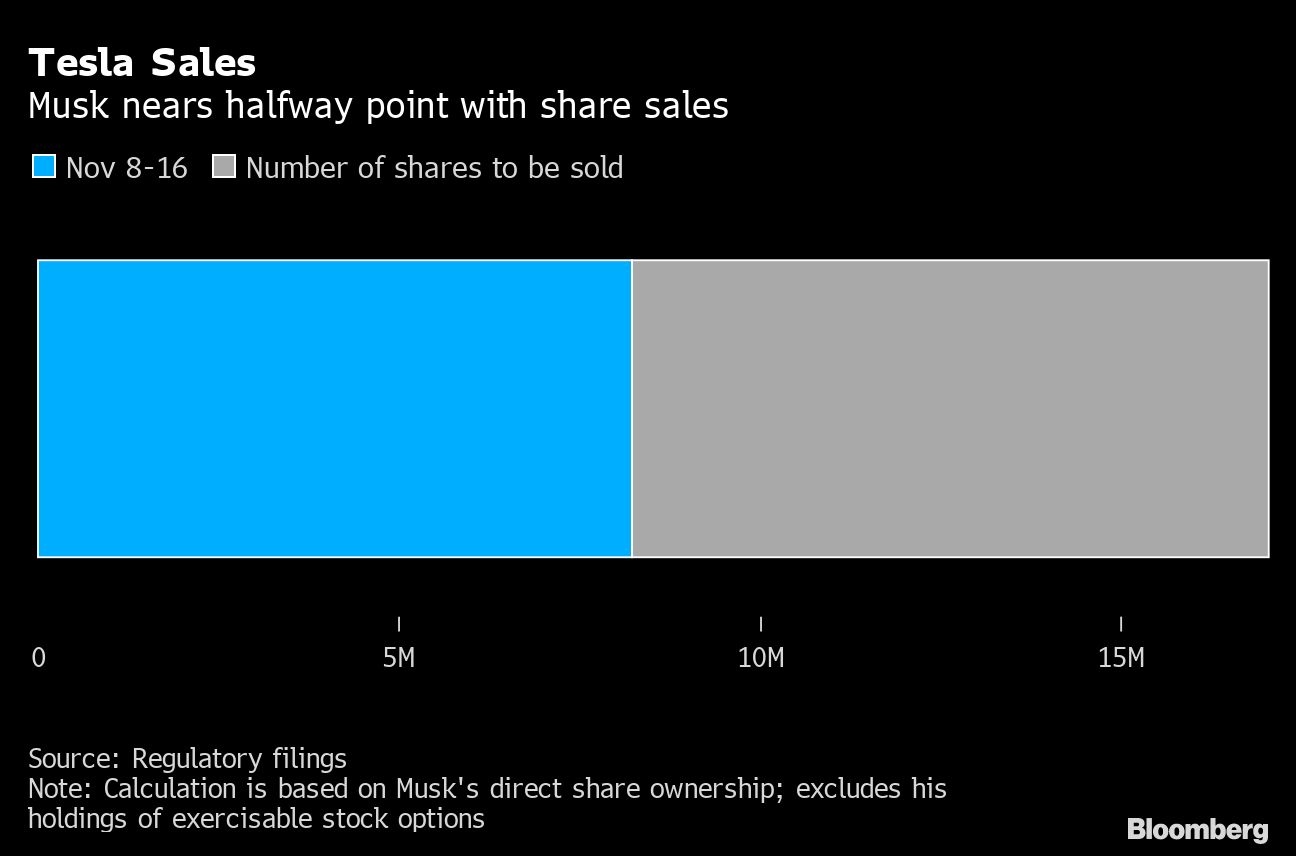 Musk has exercised 6.4 million options since the Twitter poll, in which he didn’t disclose he had derivatives expiring next year. He said in September that he likely would exercise “a huge block” of them toward the end of this year. That same month, he established a pre-arranged trading plan to carry out “an orderly sale of shares related to the exercise of stock options,” filings show.

Tesla shares rose as much as 2.4 per cent in U.S. pre-market trading, having snapped a three-day losing streak in the prior session to close 4.1 per cent higher at US$1,054.73. The stock is down 14 per cent from its peak on Nov. 4.

Musk is the world’s richest person with a US$288.5 billion fortune, according to the Bloomberg Billionaires Index.