Elon Musk resumed selling shares in Tesla Inc. and passed the halfway point toward making good on a plan to offload 10 per cent of his stake in the electric-car maker.

The billionaire offloaded another 934,091 shares for US$1.05 billion, according to regulatory filings posted late Tuesday. The sales were carried out to cover taxes related to Musk exercising an additional 2.15 million stock options, the documents show.

With the most recent disposals, Musk now has sold 9.2 million shares worth about US$9.9 billion since he conducted a Twitter poll asking whether he should sell 10 per cent of his Tesla holding. A chunk of that money will go to taxes. 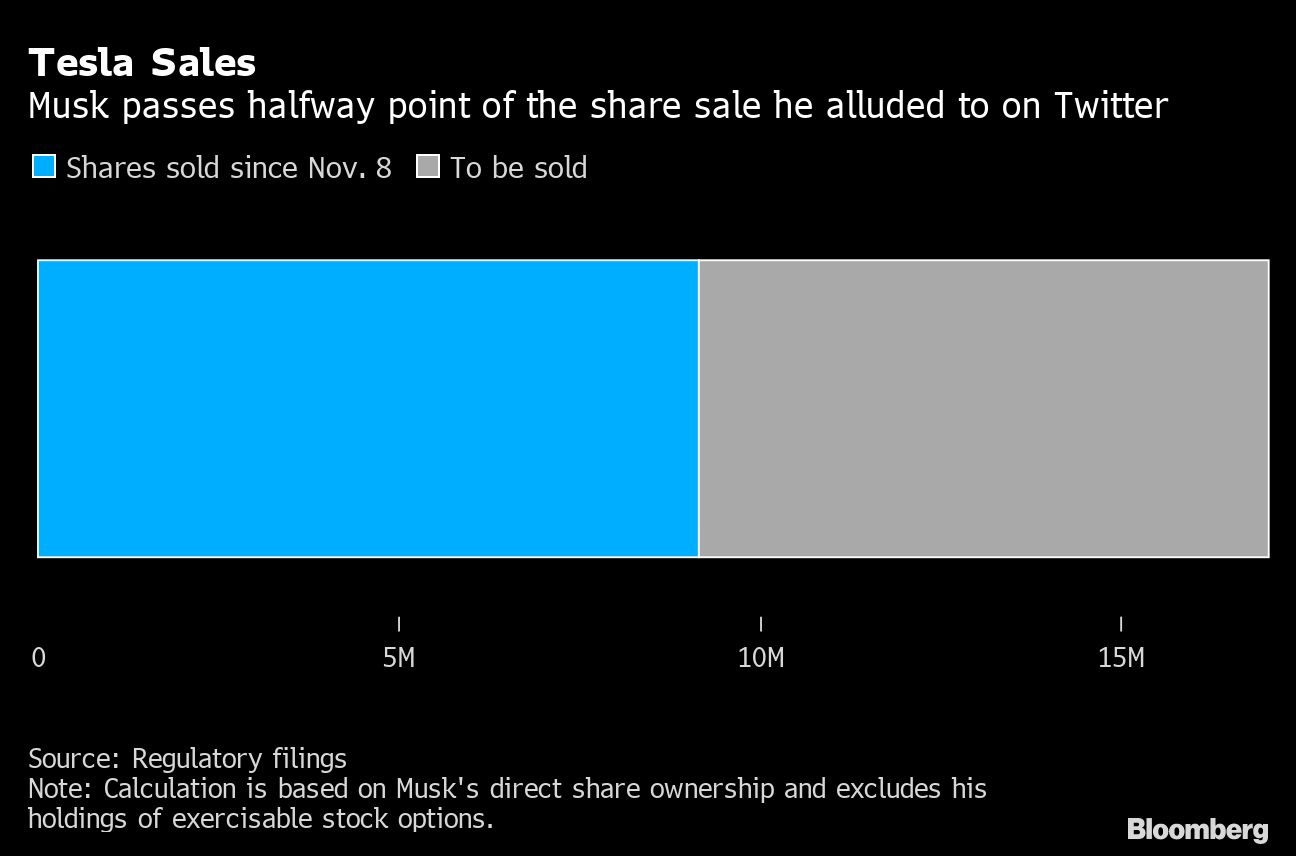 To reach the 10 per cent threshold, Musk would need to sell some 17 million shares, or about 1.7 per cent of the company’s outstanding stock. If his exercisable options are factored into his overall ownership, he’ll need to sell even more.

Since the Twitter poll, Musk has exercised millions of options that were less than a year from their expiration date. In September, he established a pre-arranged trading plan to carry out “an orderly sale of shares related to the exercise of stock options,” filings show. Musk didn’t mention the existence of that plan in his tweets early this month.

Musk, 50, is the world’s richest person with a US$303.7 billion fortune, according to the Bloomberg Billionaires Index. He’s added US$133.9 billion to his net worth this year -- more than anyone else -- amid a 57 per cent jump in Tesla shares.