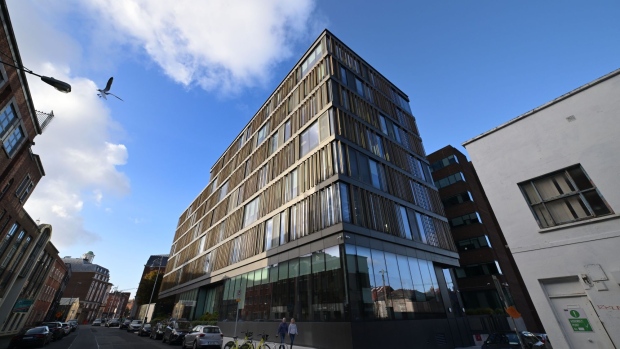 (Bloomberg) -- Twitter Inc.’s main European Union privacy watchdog said it’s “very concerned” about the ability of Elon Musk’s social media giant to abide by EU laws following an exodus of staff and news last week that a senior executive in Dublin had to go to court to avoid losing her job.

Twitter’s top data watchdog in the EU said it contacted the company on Monday, seeking answers to a number of questions and assurances about its continued compliance with EU law.

“We are very concerned about what we’re reading in the media,” Graham Doyle, deputy commissioner at the authority, said by phone. “We have written to Twitter this morning again, seeking answers.” He was referring to reports in RTE that Sinead McSweeney, Twitter’s global vice president for public policy, was granted an injunction after telling an Irish court that she was treated as if she no longer worked for the company.

The Irish watchdog, the lead privacy authority for some of Silicon Valley’s biggest tech firms in the EU because of their base in Dublin, says it’s been in almost daily contact with Twitter’s Dublin office after the departure of staff in recent weeks sparked safeguarding fears. Initial concerns after the departure of the firm’s top privacy chief were addressed when Twitter appointed Dublin-based Renato Monteiro as its acting data protection officer.

But new concerns have emerged since that Twitter may lack staff to ensure continued compliance with a raft of EU regulations, including the bloc’s strict General Data Protection Regulation, which could in all cases lead to hefty fines in case of a breach. Twitter in recent days lost its remaining employees in its Brussels office, a key EU regulatory hub for any big tech company.

The concern about the lack of transparency from Twitter toward its staff and about who is still working in what role is key for the Irish watchdog, which needs to ensure that the company can continue to take decisions about the processing of EU user data in Dublin. Under EU rules this is key for a company to retain Dublin as their main hub in the bloc.

An email sent to Twitter’s press team wasn’t responded to. McSweeney didn’t immediately answer a message sent to her over LinkedIn.

After meeting with Twitter staff in Dublin last week, EU Justice Commissioner Didier Reynders said he was concerned about how the firings and resignations affected the company’s ability to comply with EU rules. While he received solid commitments that EU user data will remain safe, he said he needs to see “concrete measures to be in full compliance.”

Aside from privacy rules, big tech firms such as Twitter must comply with the EU’s new Digital Services Act, which follows concerns that social media have done too little to prevent the spread of objectionable or misleading content from destabilizing politics and society and harming the vulnerable.

If it doesn’t comply, regulators can issue strongly worded demands and fines equivalent to as much as 6% of Twitter’s annual revenue.

--With assistance from Morwenna Coniam.

(Updates with background on other EU rules in last two paragraphs)