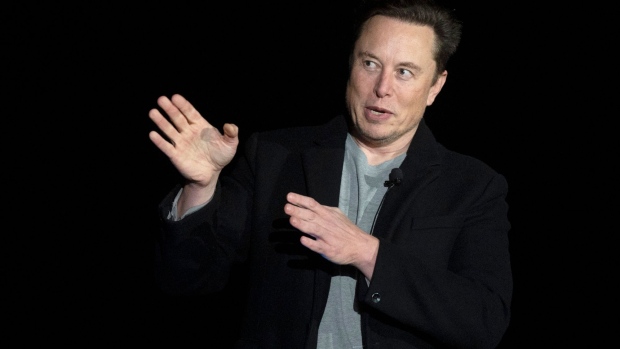 Speaking at the electric-vehicle maker’s annual shareholder meeting, Musk said Tesla’s commodity and component costs are trending downward over the next six months. He also reiterated that he expects a mild recession that could last 18 months.

“The trend is down, which suggests we are past peak inflation,” Musk said at Tesla’s Austin headquarters and factory. “I think inflation is going to drop rapidly” at some point in the future, he said.

Central banks have embarked on a path of policy-tightening as inflation pressures consumers and corporate bottom lines. In the US, consumer prices increased by 9.1% in June from a year earlier, and Federal Reserve officials say the price gains have yet to slow. The next print on inflation comes Aug. 10.

“We sort of have some insight in to where prices are headed over time,” Musk said, citing Tesla’s need to buy raw materials often months in advance of when they’re used.

“The interesting thing that we are seeing now is that most of our commodities, most of the things that go in to a Tesla -- not all, but more than half -- the prices are trending down in six months.”

While Tesla has a global purview on input costs and consumer health, Musk cautioned that making macroeconomic prognostications is “a recipe for disaster” and said his comments amounted to a “guess” and “total speculation.” The CEO also warned that trends could change.

Reservation holders and future customers of Tesla’s upcoming Cybertruck may still be affected by inflation, Musk suggested. The “Blade Runner”-inspired pickup was unveiled in November 2019, and “a lot has changed” since then, he said. At the time the company started taking reservations, Musk announced a $39,900 starting price.

“The specs and the pricing will be different,” Musk said. “I hate to give a little bit of bad news. But there is no way to have anticipated the inflation we have seen and various issues.”

(Updates with early trading in the seventh paragraph.)