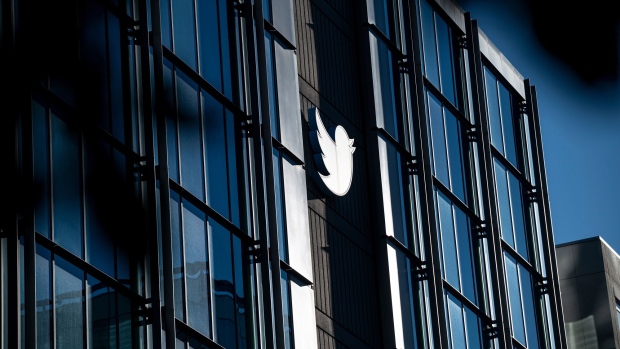 (Bloomberg) -- Jim Baker, Twitter Inc.’s deputy general counsel, was pushed out of the company over his handling of information, Elon Musk said in a tweet.

“In light of concerns about Baker’s possible role in suppression of information important to the public dialogue, he was exited from Twitter today,” Musk said.

Musk’s comment appeared to be in reference to Baker’s involvement with the so-called Twitter Files. The documents, which included communications surrounding the decision to block access to a New York Post story about Hunter Biden’s laptop, were publicized by journalist Matt Taibbi last week.

In a tweet Tuesday, Taibbi suggested that Baker’s firing stemmed from “vetting the first batch of ‘Twitter Files’ — without knowledge of new management,” apparently a reference to Musk.

Baker, who was formerly the general counsel of the Federal Bureau of Investigation, didn’t immediately respond to a request for comment.

After acquiring Twitter for $44 billion in October, Musk has sought to show that the social network is taking a less restrictive approach to speech. That’s included criticizing the company’s policies under previous management.

The Hunter Biden incident unfolded in the lead-up to the 2020 presidential election. Twitter initially claimed it blocked access to the New York Post story under its “hacked materials” policy. In one of the internal communications published by Taibbi, which is undated, Baker urged caution regarding the story. “I support the conclusion that we need more facts to assess whether the materials were hacked,” Baker wrote.

Baker’s firing comes at a time when Twitter is coming under increased scrutiny from regulators around the world. Last month, Musk lawyer Alex Spiro attempted to calm staff by telling them they would not go to jail if the company is found in violation of a Federal Trade Commission consent decree.