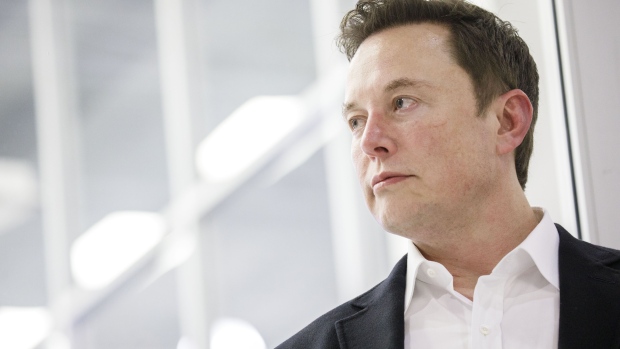 Tesla Inc. will make a redesigned Model Y at its first European factory, Elon Musk said, indicating the electric-car manufacturer will detail improvements on how it assembles vehicles at an event later this month.

The factory that’s under construction outside Berlin will have the company’s most-advanced paint shop, probably make batteries and cells, and implement additional “original” engineering and design measures, Musk, Tesla’s chief executive officer, told reporters during a visit to the Gruenheide site on Thursday.

“It’s not just a copy of the Model Y, it’s actually a radical redesign of the core technology of building a car,” he said, adding that he’ll reveal more details at the company’s “Battery Day” event showcasing its latest innovations on Sept. 22. “It will be the first time that there’s going to be a transformation in the core structural design of the vehicle.”

Musk has been touring Germany since Tuesday, visiting pharmaceutical company Curevac GmbH, before moving on to Berlin for meetings with the country’s Economy Minister Peter Altmaier and other local politicians.

The factory in Gruenheide would be Tesla’s first in Europe and could assemble as many as 500,000 cars a year, underpinning the U.S. carmaker’s European expansion and Musk’s attack on the German auto establishment. The factory is slated to start production in the summer of 2021, an aggressive timetable for a car plant.

While local officials have pledged to support the project in any way possible and construction has progressed relatively smoothly, Tesla still awaits final approval for the site. Some locals have protested that trees were cut down for the factory and that it’s being built in a region with tight water resources.

Musk tried to appease those concerns, saying that the factory won’t consume a lot of water per square meter, and that it will recycle “as much as humanly possible” for efficiency reasons.

“I’m pretty confident this will be the most environmentally friendly factory in the world,” Musk said. “We’re open to criticism and advice for what we can do better.”