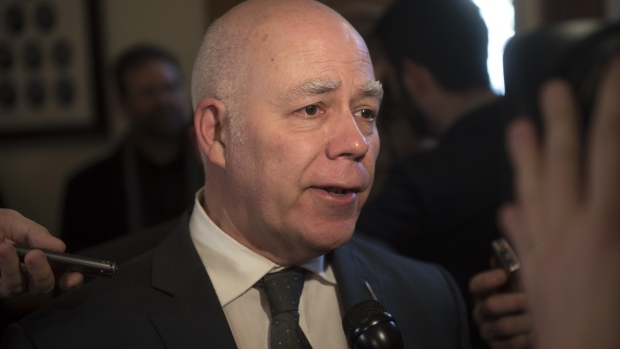 FREDERICTON -- The leader of New Brunswick's Green party is calling on the provincial government to provide a wage subsidy to help farmers recruit and retain workers, and to permit exemptions to the order barring temporary foreign workers from entering the province.

Premier Blaine Higgs announced the restriction Tuesday, saying the situation with COVID-19 makes it too risky to allow a greater number of people to enter the province.

Higgs said there are already 1,500 temporary foreign workers in the province and 70,000 people who are unemployed, who can fill the remaining jobs.

The premier said starting Monday, the government will launch a virtual job-matching platform to connect New Brunswickers with positions that, in the past, have been filled by temporary foreign workers.

"For example, we are exploring opportunities to fill vacant positions by recruiting from 30,000 post-secondary students, 7,000 Grade 12 students about to graduate, and tens of thousands of unemployed people who have been displaced by COVID-19. We are looking for ways to employ temporary foreign workers who are already in the province and have also been affected by this pandemic," Higgs said Thursday.

He said the government would also look at redeploying or calling back unemployed casual or seasonal workers from government departments to work in the fishery and agricultural sectors.

But Coon said farmers who can demonstrate they can quarantine their workers for 14 days and provide for physical distancing in their accommodations should be eligible for exemptions.

The National Farmers Union has warned the restriction on temporary foreign workers will force some farmers to reduce the amount of crops they plant this year.