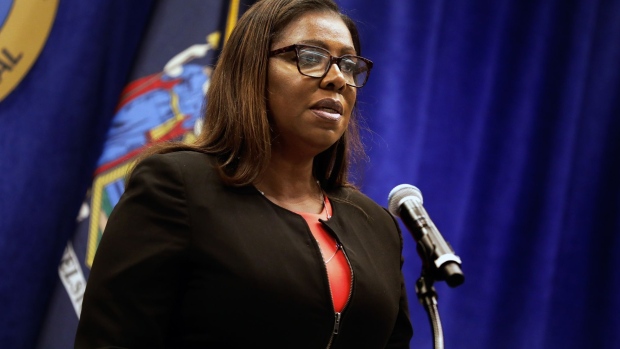 (Bloomberg) -- New York wants to hear from people who have been burned by crypto firms.

Attorney General Letitia James issued an alert on Monday calling for people to contact her office’s Investor Protection Bureau if they believe they have been deceived, or found themselves unable to access their accounts or investments.

Some crypto companies have suspended withdrawals and trading -- or have gone bankrupt entirely -- amid the recent market volatility. James also urged workers in the industry to blow the whistle on any wrongdoing that they may have witnessed.

“The recent turbulence and significant losses in the cryptocurrency market are concerning,” she said in a statement. “Investors were promised large returns on cryptocurrencies, but instead lost their hard-earned money.”