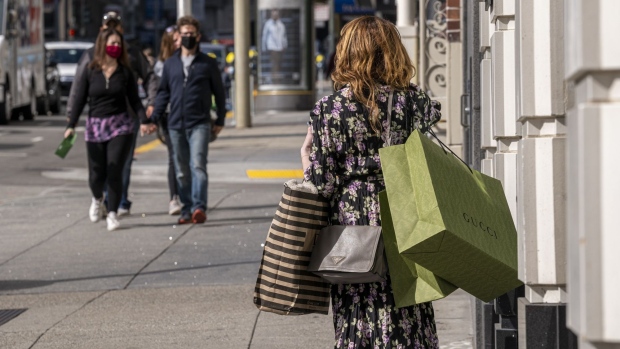 “Our results suggest that in August 2021 consumers’ five-year ahead inflation expectations were as well anchored as they were two years ago, before the start of the pandemic,” the New York Fed economists, led by Oliver Armantier, wrote in a blog post published Friday on the bank’s website.

The authors cited new data obtained from a survey of American households conducted by the New York Fed. The bank publishes monthly survey results on inflation expectations one year ahead and three years ahead from its Survey of Consumer Expectations, which in recent months have risen to the highest levels in the survey’s eight-year history.

Central bankers watch inflation expectations closely because they view them to be the ultimate determinant of actual underlying inflation trends over the longer run. The increases in the expectations measures in the New York Fed survey have garnered attention because policy makers are on the lookout for signs that the current jump in inflation during the pandemic will be persistent.

But special survey data on expectations five years ahead -- a question the survey only asks respondents on an irregular basis -- haven’t shown an increase similar to the rise in the one-year and three-year ahead measures, the New York Fed economists said, citing responses from July 2019, April 2021 and August 2021.

“The median five-year ahead inflation point prediction remained unchanged at 3.00 percent between July 2019 and April 2021, and increased only modestly between April and August 2021 (to 3.16 percent),” Armantier and his co-authors wrote. “Thus, it appears that, similar to financial market participants and professional forecasters, the recent surge in actual inflation had little impact on the long-run inflation expectation of the median U.S. consumer.”