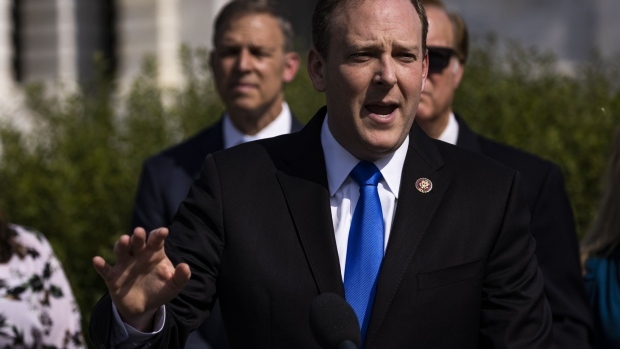 Representative Lee Zeldin, a Republican from New York, speaks during a news conference at the U.S. Capitol in Washington, D.C., U.S., on Thursday, May 20, 2021. Republican leaders' rejection of a Democratic plan to independently probe the deadly U.S. Capitol insurrection highlights the grip former President Trump has on the GOP as well as the risk that his polarizing presence could cloud the party's political prospects. , Bloomberg

(Bloomberg) -- Republican Representative Lee Zeldin said Saturday he was diagnosed with chronic myeloid leukemia and is in “complete remission” after nine months of treatment.

The statement from the congressman seeking the Republican nomination to run for New York governor was the first time he publicly disclosed his diagnosis. Zeldin, 41, said his health is “phenomenal” and he has continued to campaign across the state.

“Over the last nine months, I have achieved complete remission, am expected to live a normal life, and my doctor says I currently have no evidence of this disease in my system,” Zeldin said.