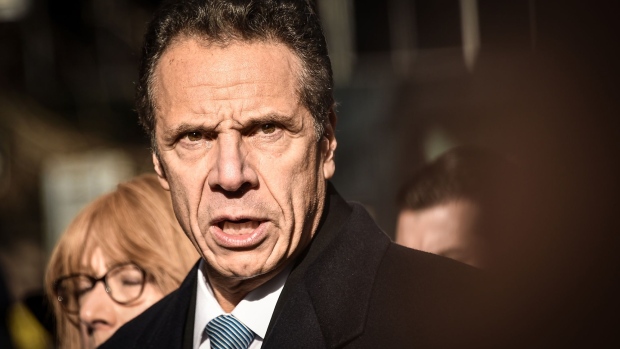 (Bloomberg) -- New York Governor Andrew Cuomo and leaders of the state legislature have agreed on a package of limousine-safety laws that would create a new driver’s license for operators, require seat belts, ban defective vehicles from the road and increase penalties for illegal u-turns.

The 10-point package -- negotiated by Cuomo, state Senate Majority Leader Andrea Stewart-Cousins and Assembly Speaker Carl Heastie -- is a response to an October 2018 crash that killed 20 people when a stretch limousine careened out of control at an intersection in Schoharie, New York, about 165 miles (266 kilometers) north of New York City. An investigation concluded that seat belts could have saved some lives in the accident that killed 17 passengers, the driver and two pedestrians.

“These comprehensive reforms will give authorities much-needed new powers to get dangerous vehicles off the road, weed out bad actors and put into place common sense safety standards that will increase public safety in every corner of New York,” Cuomo said in a prepared statement.

The legislation requires that motor vehicles converted into stretch limousines on or after Jan. 1, 2021 have at least two safety belts for the front seat and at least one seat belt in the rear for each passenger. Under the bill, all stretch limousines would have to be retrofitted to include seat belts by the start of 2023, and seat-belt use would also be required in taxis and livery vehicles.

It also allows the state Commissioner of Transportation to impound or immobilize stretch limousines when they don’t pass inspection. Releasing such a vehicle without state approval could subject a violator to a $10,000 fine. Making an illegal U-turn while carrying a passenger would be subject to a fine of as much as $1,000 and 180 days imprisonment.

To contact the editors responsible for this story: Flynn McRoberts at fmcroberts1@bloomberg.net, Michael B. Marois