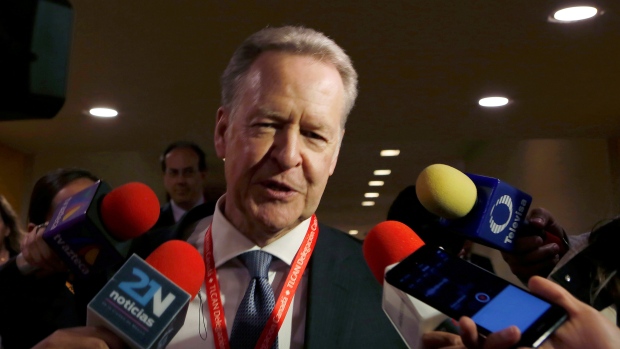 Canada's NAFTA negotiator Steve Verheul talks to reporters during a break in the fifth round of NAFTA talks involving the United States, Mexico and Canada, in Mexico City, Mexico, November 20, 2017. , REUTERS/Ginnette Riquelme

MEXICO CITY — The United States, Mexico and Canada were wrapping up a fifth round of talks to update NAFTA on Tuesday with major differences yet to be resolved, casting doubt on whether a deal could be reached by the end of March 2018 as planned.

The 1994 North American Free Trade Agreement underpins much of the more than US$1 trillion in annual trilateral trade, and Washington's repeated threats to walk away from the pact unless it is reworked in the United States' favor have spooked markets.

Canada and Mexico object to a series of contentious demands the United States unveiled during the fourth round last month and the three nations made little progress in Mexico City.

Tuesday is the seventh day negotiators have met during this Mexico round, with only two planned rounds of talks left.

Mexico and Canada firmly pushed back against a U.S. demand to raise the minimum threshold to 85 per cent NAFTA origin components from 62.5 per cent, as well as insist that half the content was from the United States.

The proposal is a central plank of U.S. President Donald Trump's America First strategy to bring back manufacturing jobs to the United States, though it faces stiff resistance from the auto industry, which questions its viability.

Mexican and Canadian officials said they wanted the United States to explain how the auto plan could prosper in view of the skepticism, and have repeatedly indicated they had no intention of responding to the scheme.

"Where is the merit in making a counterproposal to a demand that would take us backwards?" said a Canadian source with knowledge of the talks.

Officials hope to make announcements that can inject some momentum into a negotiating process that more pessimistic observers fear is running out of energy.

Mexico formally proposed that the NAFTA trade deal allow for a structured review of the accord every five years, instead of terminating the deal automatically if it is not renegotiated, as the United States has demanded, three Mexican officials said.

Mexican officials initially expressed hope that some chapters could finally be closed, such as telecoms and e-commerce. But chief Mexican negotiator Ken Smith told reporters that none would wrap up this round. 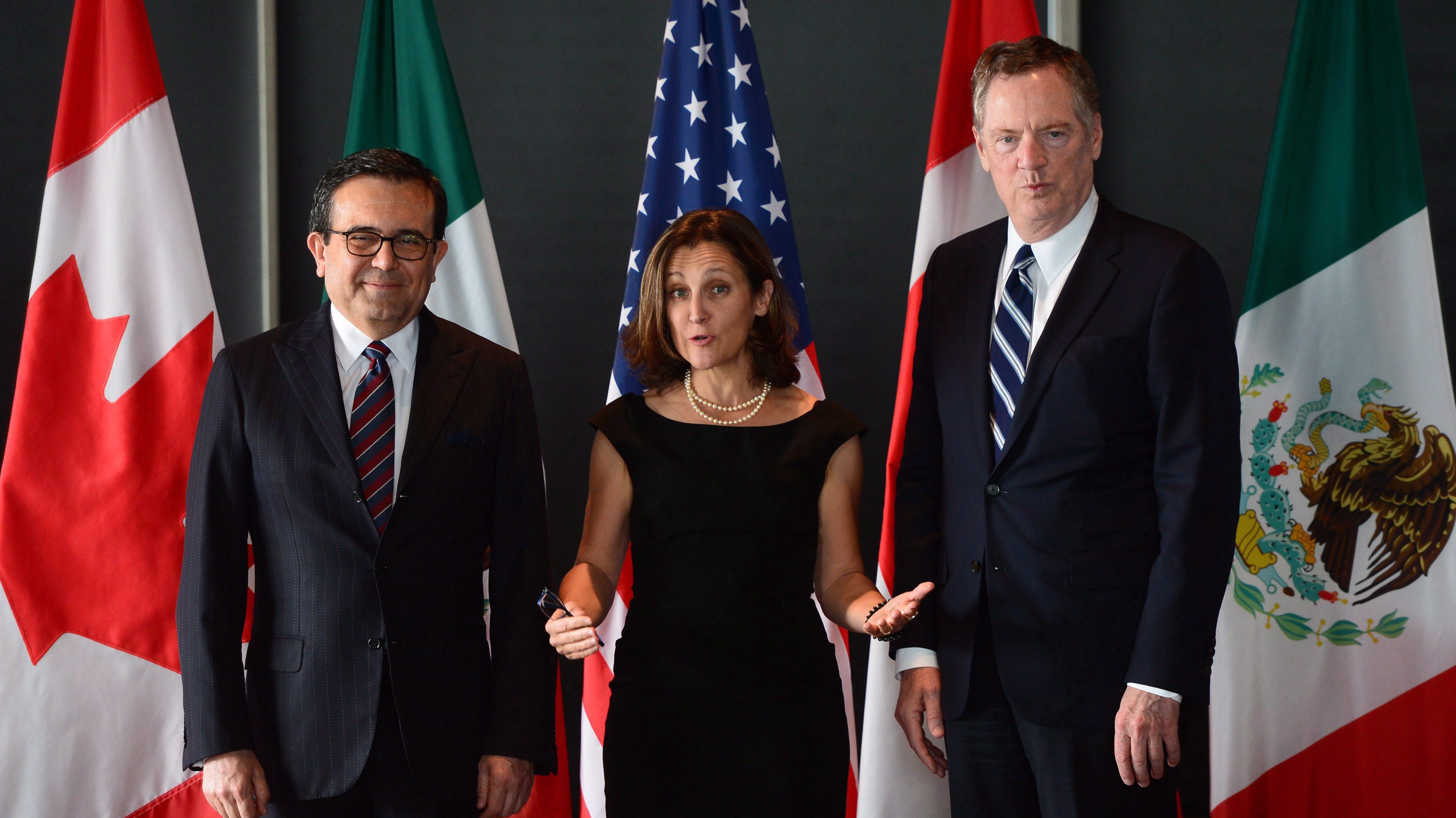 What do you think is the most likely outcome for NAFTA?

The current round has been less confrontational than the negative tone of the October talks in Washington, said Caroline Freund, a trade expert with the Peterson Institute for International Economics in Washington.

"With U.S. tax reform front and center, the U.S. government really didn't want to make this a big round, and [wanted] to let the technocrats get on and do the negotiating on the less controversial bits," Freund said.

Expectations for any major advances in the fifth round were scaled back when the three sides announced that the ministers in charge of the NAFTA trade portfolio would not attend.

The three countries have agreed to continue negotiating through the end of March, when the campaign for the 2018 Mexican presidential election gets underway.

In a commentary issued on Tuesday, the credit ratings agency Fitch Ratings said the three countries' domestic political considerations would make it hard to reach a deal.