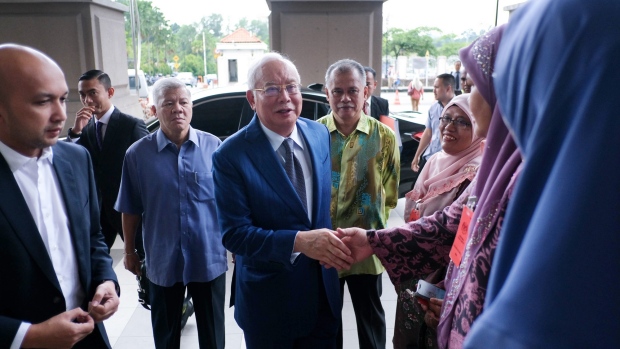 His defense said prosecutors haven’t shown evidence that he had a plan to take the 42 million ringgit ($10 million) found in his personal account, which was allegedly siphoned from SRC International Sdn., a former 1MDB unit. The lawyers read out their case submission on Tuesday, with prosecutors set to take their turn next. The judge will then decide whether to have Najib’s lawyers summon their witnesses or strike out the charges.

The first of Najib’s two trials, this case will serve as a key test of Malaysia’s ability to get to the bottom of the 1MDB scandal. Prime Minister Mahathir Mohamad returned to power last year on a pledge to recover funds lost through the troubled state fund and bring those responsible to justice.

Najib is accused of receiving the funds allegedly from SRC in exchange for approving a government guarantee on 4 billion ringgit of loans from Kumpulan Wang Persaraan (Diperbadankan) to SRC. The charges involve local transactions, meaning the evidence is easier to trace compared with other allegations against him that involve 1MDB’s overseas deals spanning multiple jurisdictions.

To contact the reporter on this story: Hadi Azmi in Kuala Lumpur at klnews@bloomberg.net

To contact the editors responsible for this story: Ruth Pollard at rpollard2@bloomberg.net;Yudith Ho at yho35@bloomberg.net