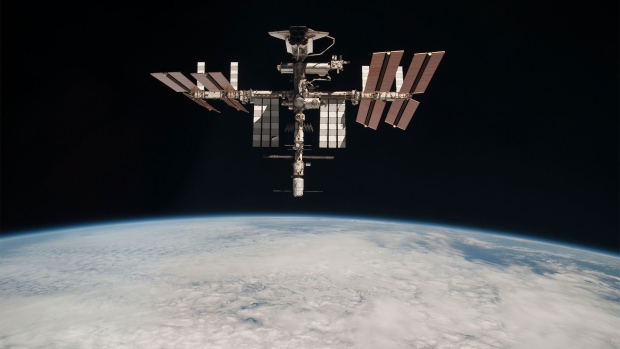 (Bloomberg) -- The International Space Station lost control of its rotational movement, known as attitude, on Friday after a Russian Soyuz spacecraft kept firing its thrusters at the end of a routine test.

Russian flight controllers were performing a scheduled thruster firing test on the Soyuz MS-18 spacecraft that is docked to the space station and scheduled to return to Earth late Saturday with three Russian crew members. The test window ended at 5:13 a.m. ET but the Soyuz thruster kept firing, triggering a 30-minute loss of attitude control. NASA said the station has been returned to a stable configuration.

“NASA and Roscosmos are collaborating to understand the root cause,” NASA said in a blog post Friday. The Soyuz is scheduled to undock from the ISS at 9:14 p.m. ET Saturday.

The incident is similar to a July 29 mishap when a new Russian service module, called Nauka, attached to the ISS unexpectedly began firing its thrusters.