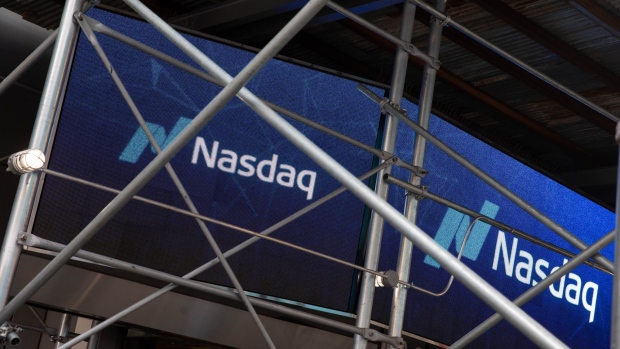 Monitors display signage outside the Nasdaq MarketSite in the Times Square neighborhood of New York. , Bloomberg

Nasdaq Inc. will move some operations temporarily to Chicago, escalating a dispute with New Jersey over proposed taxes that would generate billions of dollars from high-speed trading at the stock exchange and its rival firms.

Nasdaq’s PSX exchange will move to Chicago the week of Oct. 26, according to a memo to traders to be released on Thursday. The move “will allow firms to gain additional confidence that they can react quickly in the event that Nasdaq decides to move the operation of all its market centers to its Chicago data center,” the company said.

New Jersey Governor Phil Murphy is considering a tax on stocks, options, futures and swaps trading that could drum up US$10 billion for the state. Wall Street giants, including the New York Stock Exchange, Citadel Securities and Virtu Financial Inc., have threatened to move operations from New Jersey if the tax is enacted.

The NYSE plans to test a full exit from New Jersey during the week of Sept. 28 by operating its Chicago equity exchange from a secondary data center from Sept. 28 to Oct. 2. Nasdaq previously announced a one-day test on Sept. 26, and its latest action builds on that plan.

“This test will be held in coordination with other market centers and simulate a normal trading day,” Nasdaq said in the memo.