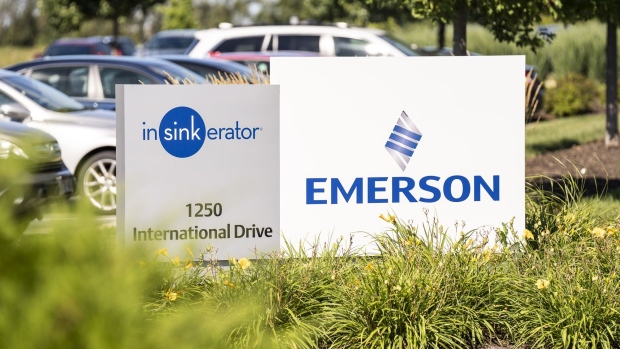 James Truchard, who started NI from his garage in 1976, said he believed the company should accept Emerson’s $53-per-share cash offer as it represents the best outcome for “all stakeholders.”

“The offer is a substantial premium to where NI was trading,” Truchard said in an interview. “Then consider that it is all cash. It’s not clear there are other buyers with the ability to pay cash.”

Public encouragement from NI’s founder to follow a path it has thus far resisted is just the latest twist in a back-and-forth takeover battle. Emerson this month said it had made more than one offer to buy NI since May 2022 but that the target had refused to engage. NI said in its own statement that it wanted to talk to other potential parties before making a decision.

Emerson’s offer, which values NI at $7.6 billion, including debt, represents a 32% premium to NI’s closing share price the day before the target announced a strategic review on Jan. 13. NI rose 0.1% to $54.19 at 9:51 a.m. in New York trading Wednesday, giving the company a market value of about $7.1 billion.

Truchard, who retains a significant undisclosed holding in NI, said he’d been in contact with other former employees with stakes in the business and that “many of them would be excited about receiving cash at this point.”

Truchard said St. Louis-based Emerson looked like a good fit for NI and that other prospective buyers may face antitrust issues.

“It seems Emerson has a definition of their goal in terms of setting up an automation-based business, which is something we were pioneers in. All things point to a good culture that can continue to help NI grow,” he said.

Known inside NI as Dr. T, Truchard presided over the company from its founding until 2017. He developed a reputation for being hands on and accessible, eschewing executive trappings such as his own office, and driving to work in a road-worn pickup truck that didn’t have its own parking space.

Truchard said that a combination of poor execution and underinvestment in developing new technologies had allowed rivals to gain ground on the Austin, Texas-based company.

“Since the early 1990s, I have talked about stakeholders, about employees, shareholders, partners and customers,” he said. “I talked about those things before it was in vogue. Today it seems like there is less emphasis on that in the company.”